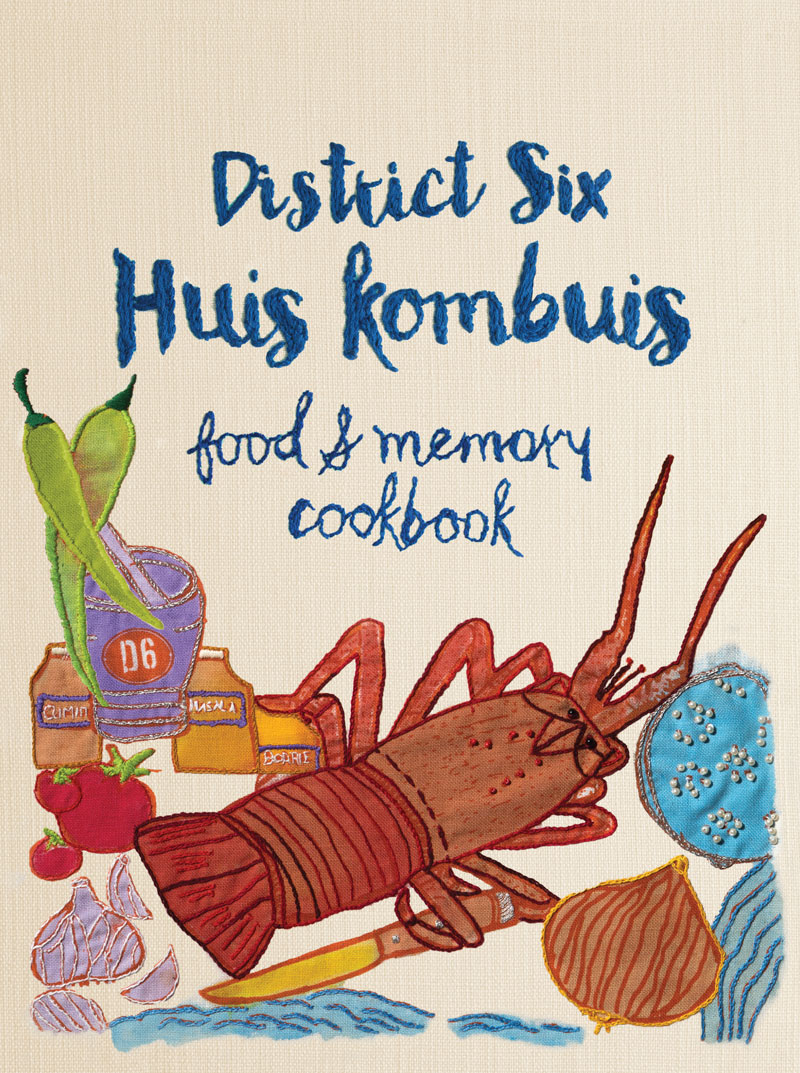 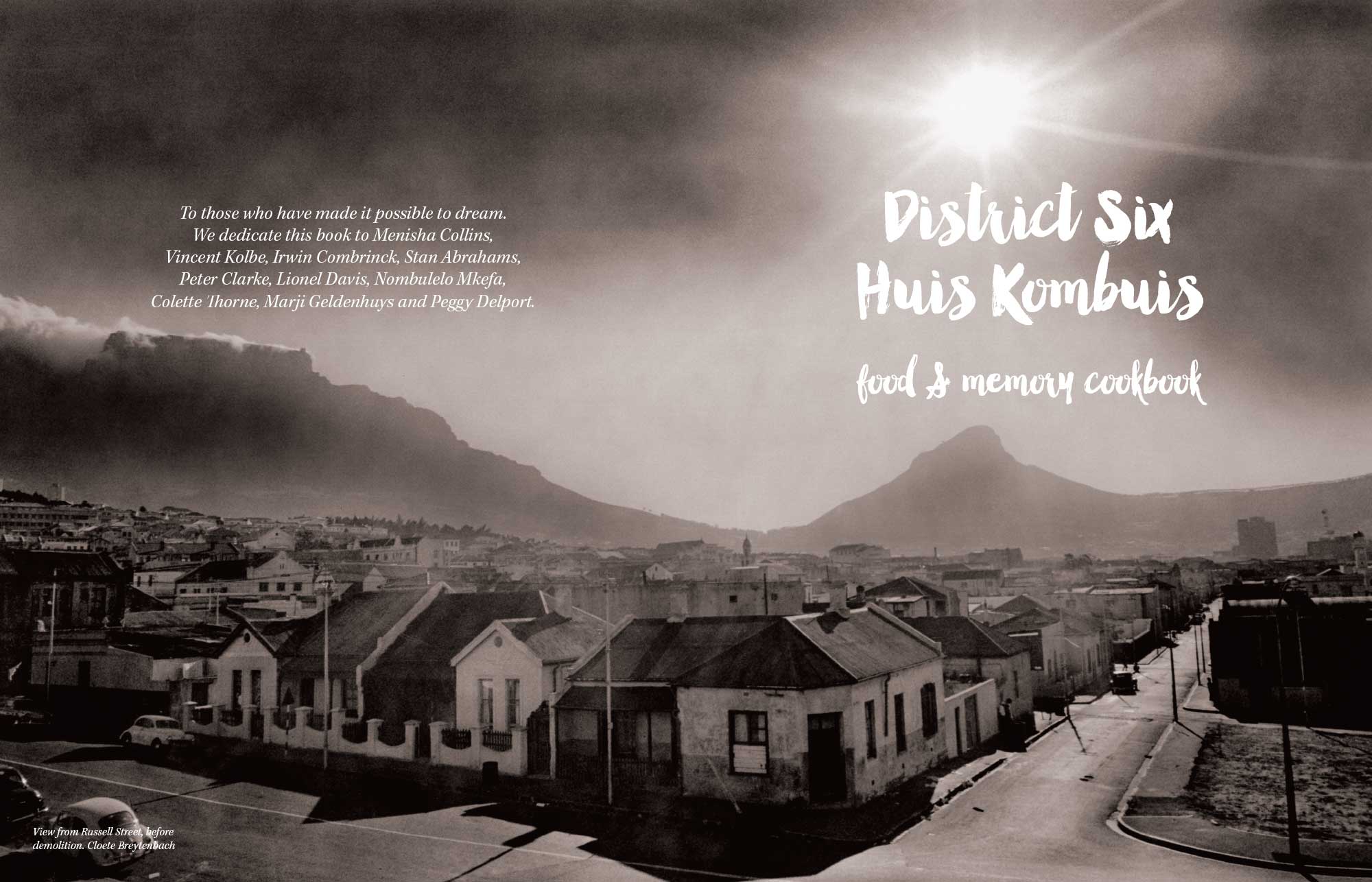 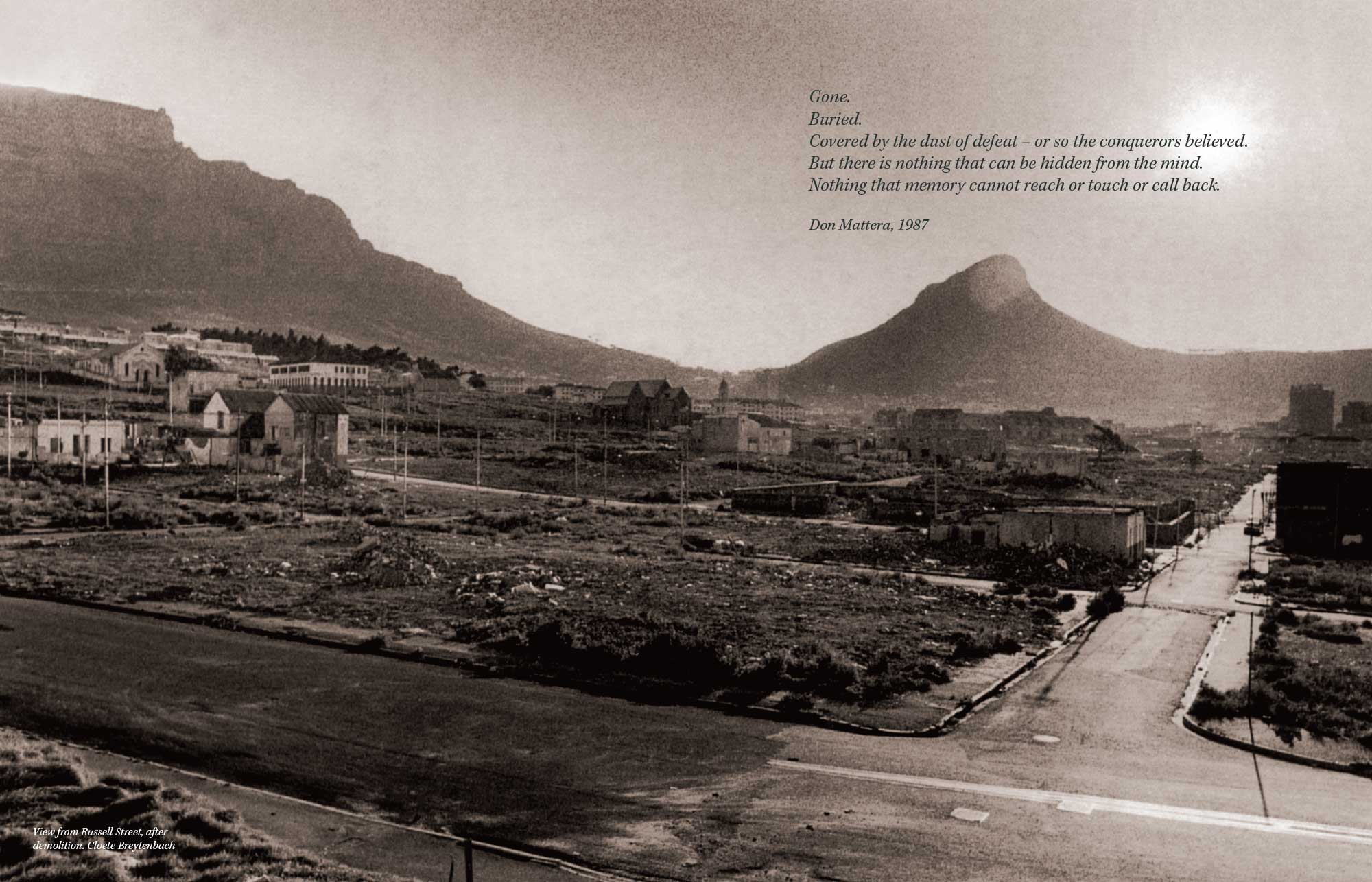 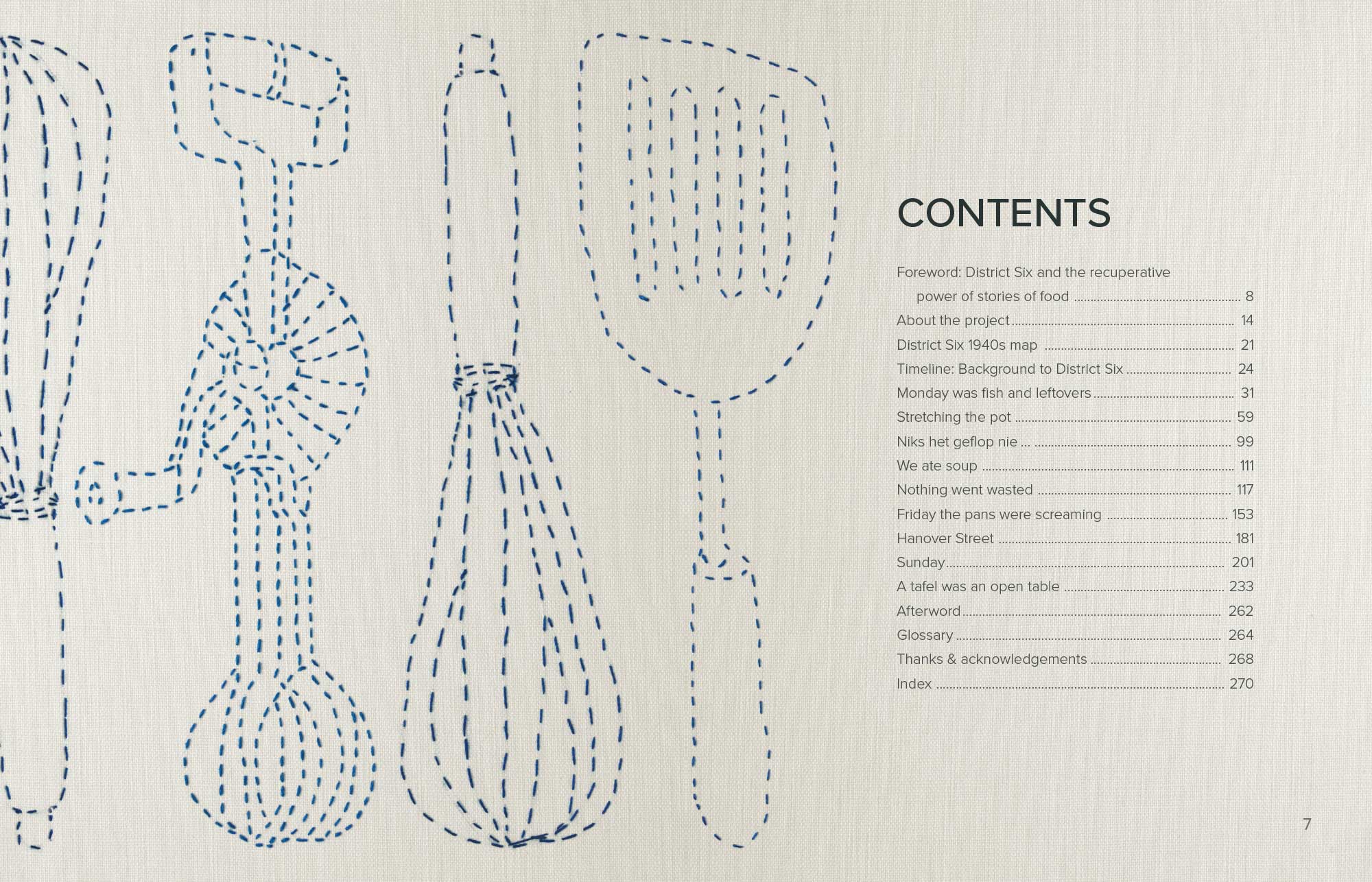 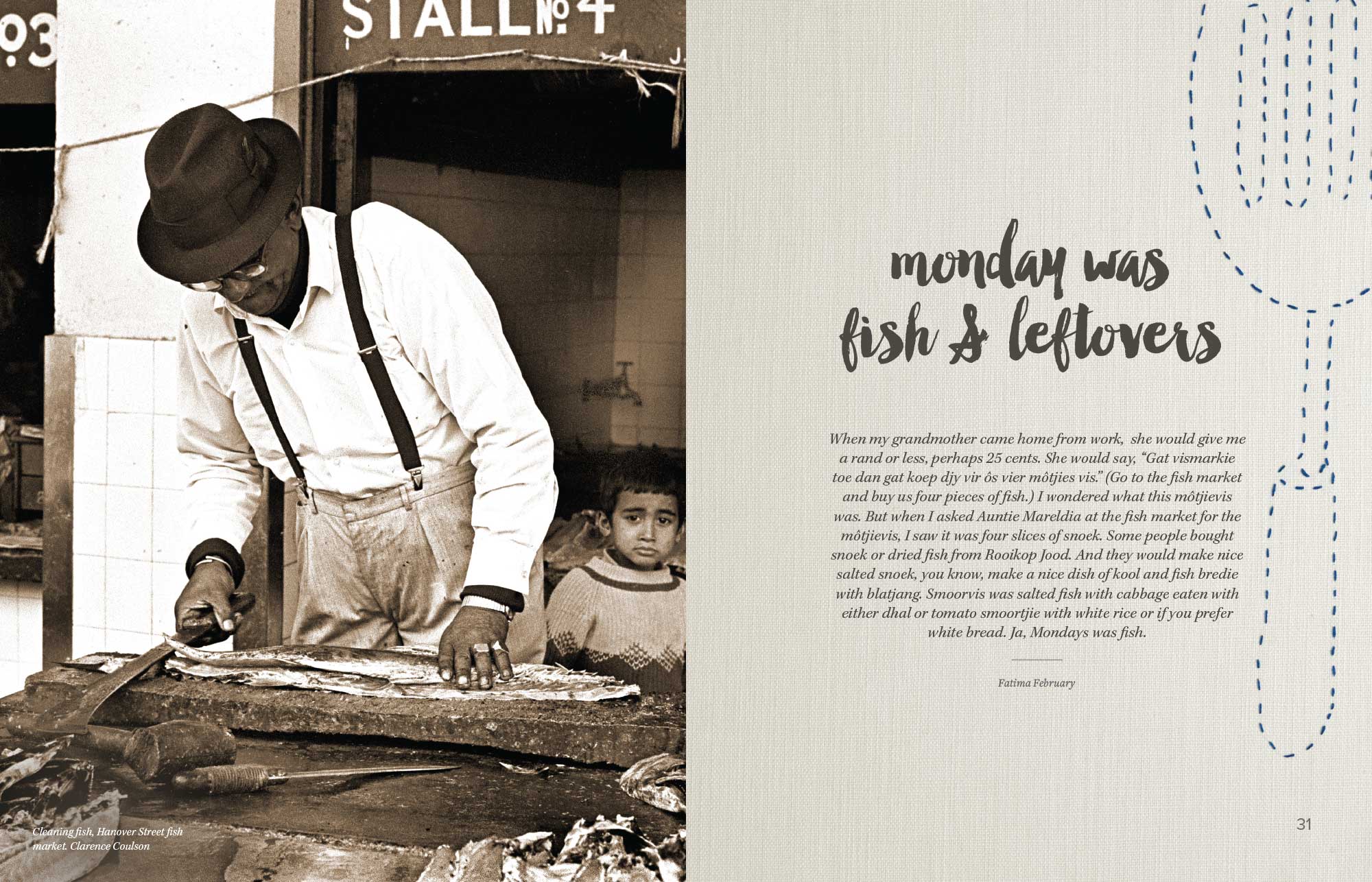 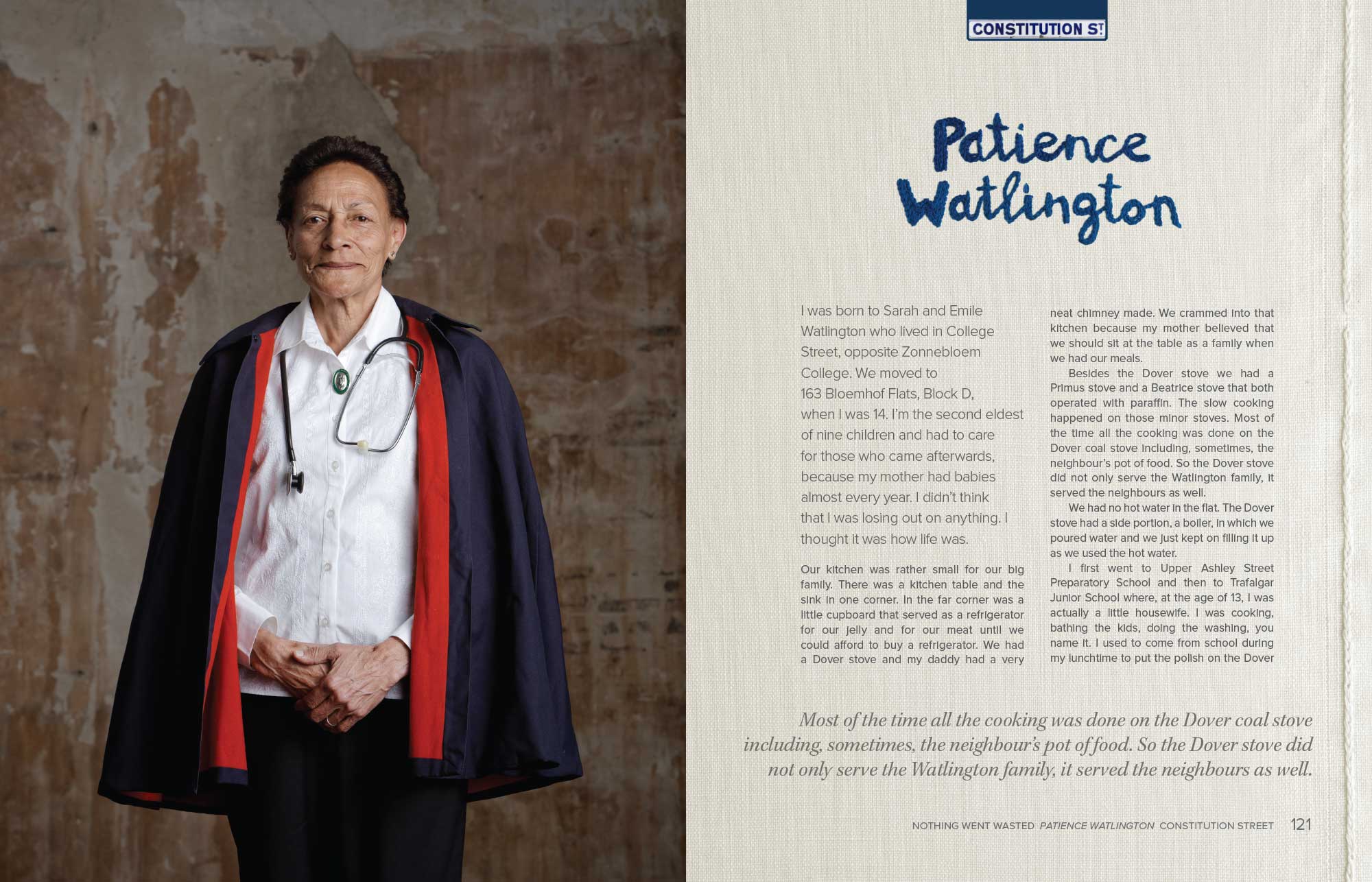 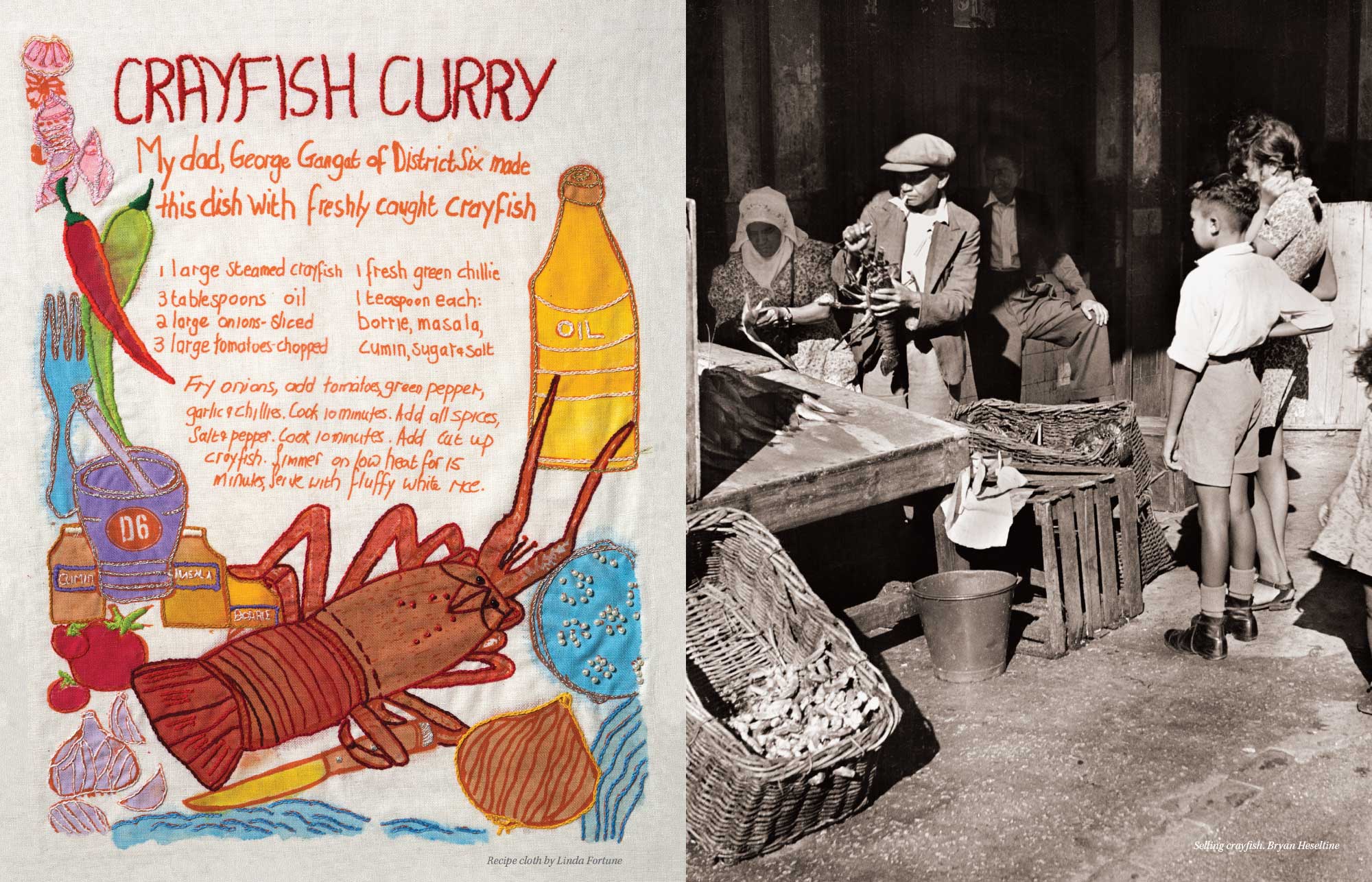 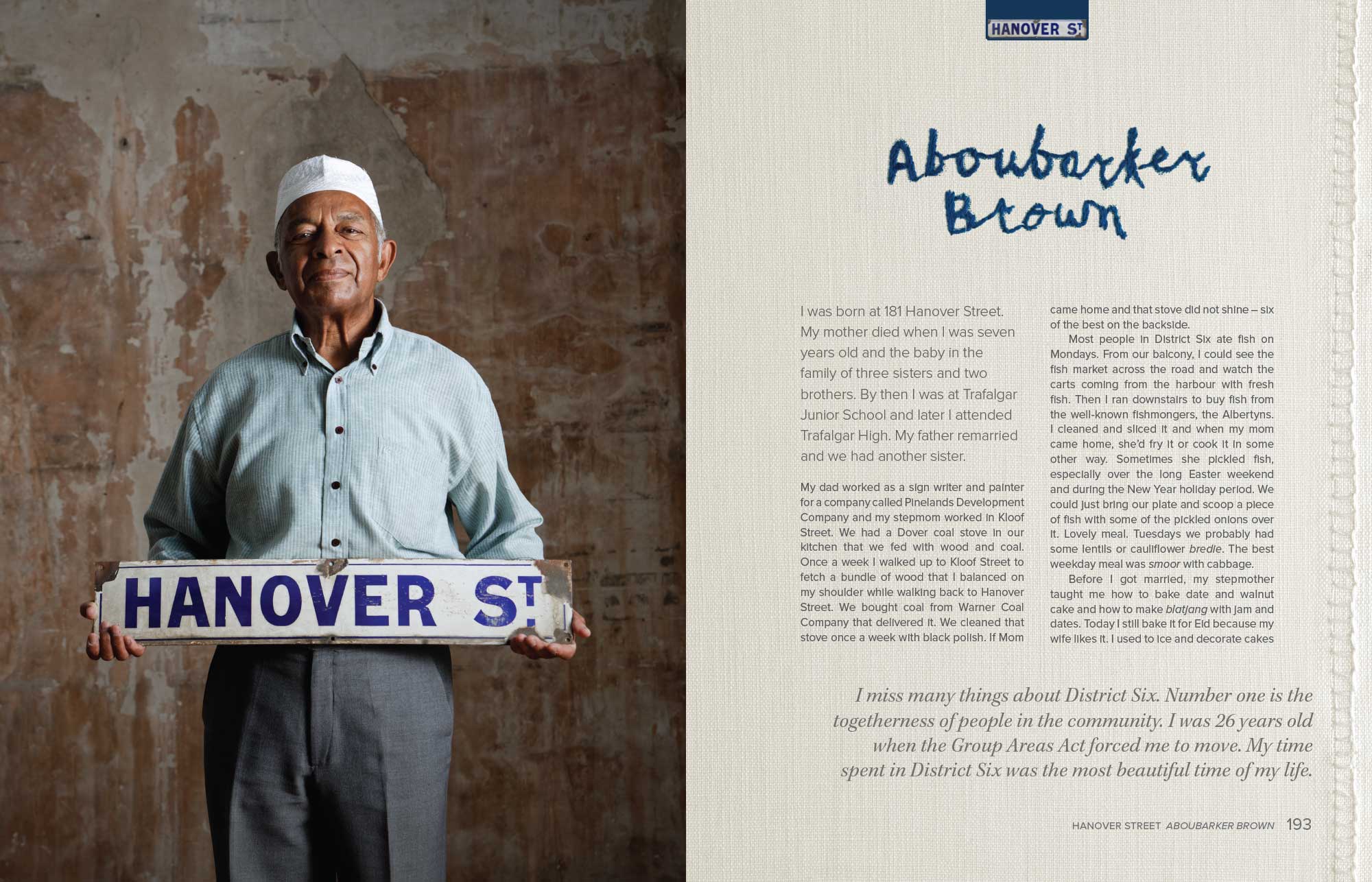 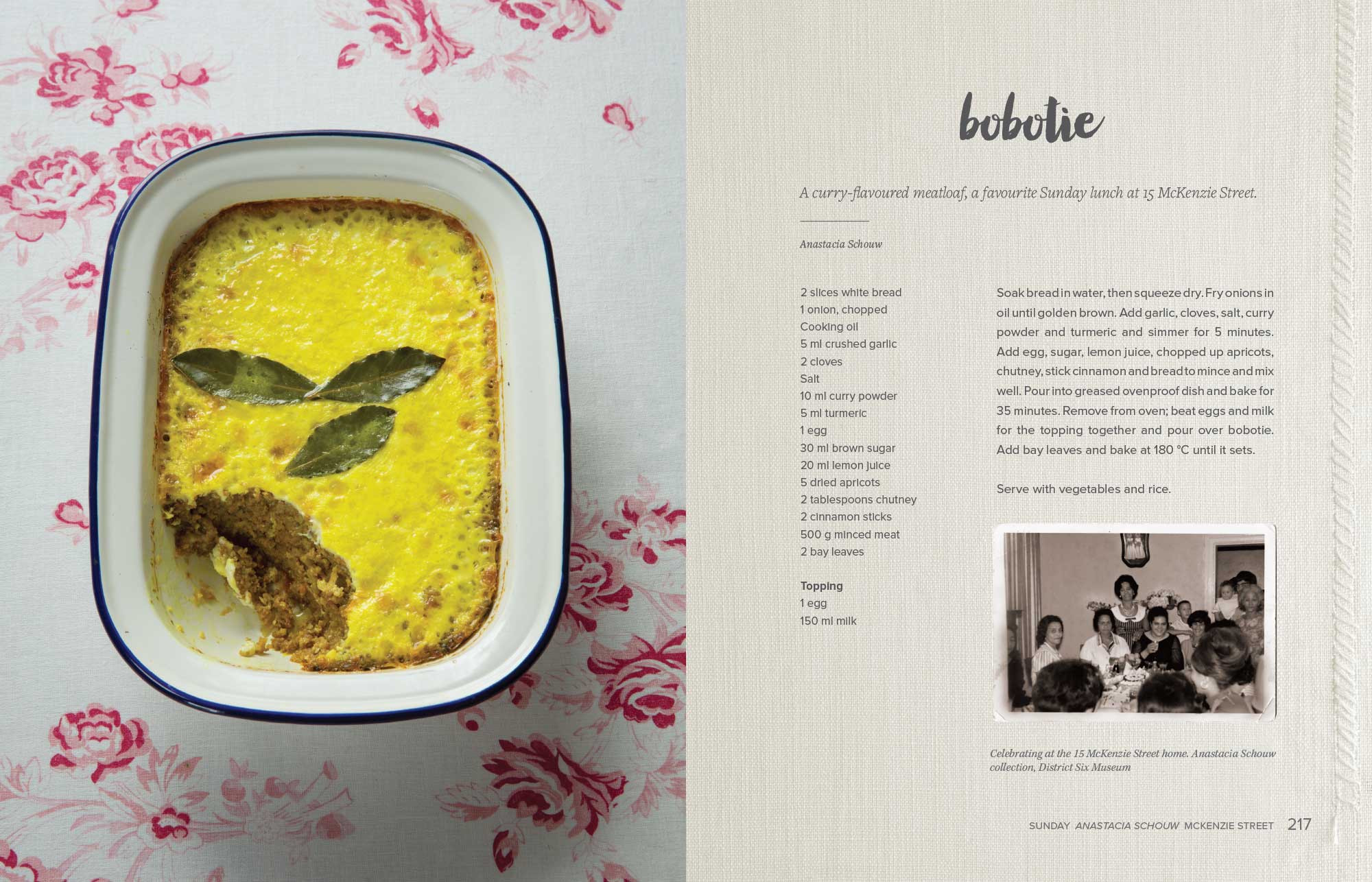 The book is a culmination of memories and narrative. It weaves through the days of a typical week in District Six, focusing on traditional family recipes that were prepared with love and often limited resources. This is a visual celebration of the vibrancy and warmth of the community – who foraged, preserved, baked and cooked together.

Tina Smith is head of exhibitions at the District Six Museum. She is a fine art graduate and holds a higher diploma in education. She has played an instrumental role in the development of the Museum’s curatorial framework since its inception in 1994. Her work seeks to address creative ways of rethinking notions of memorialisation that continually keep the legacy of District Six relevant. She intiated the conceptual development of the Huis Kombuis Reminiscence Craft and Design Workshop project in 2006 as a restorative platform to facilitate forms of knowledge making. This has since given rise to the creation of the District Six Huis Kombuis Food & Memory Cookbook publication, which has been her ongoing passion over the last five years.