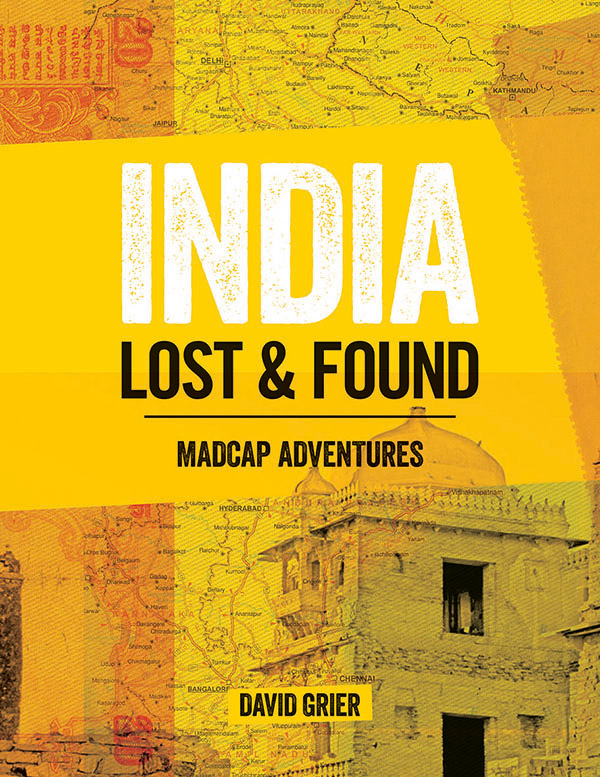 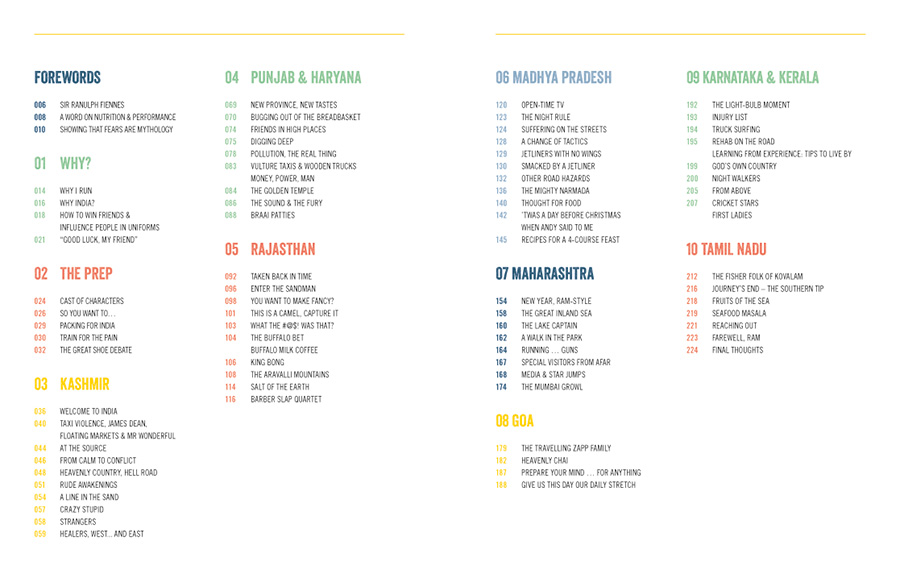 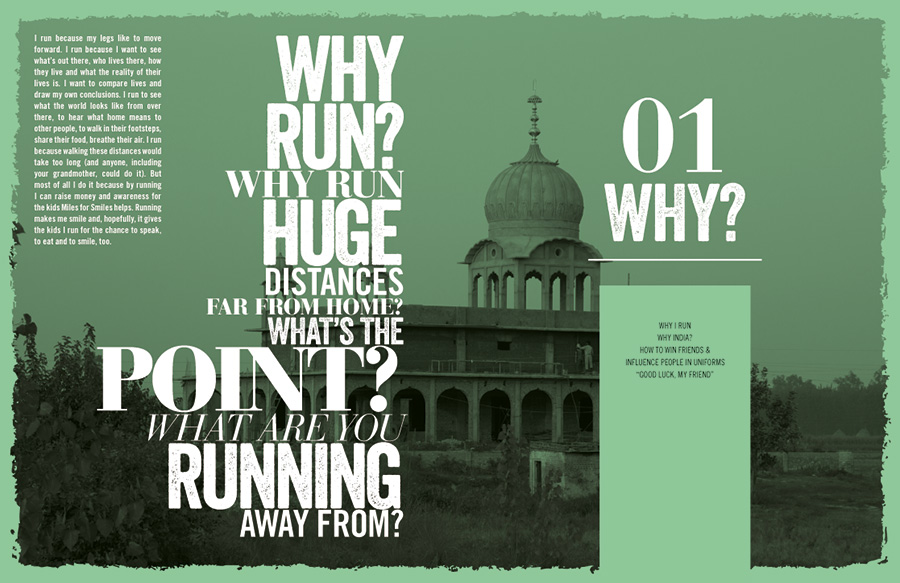 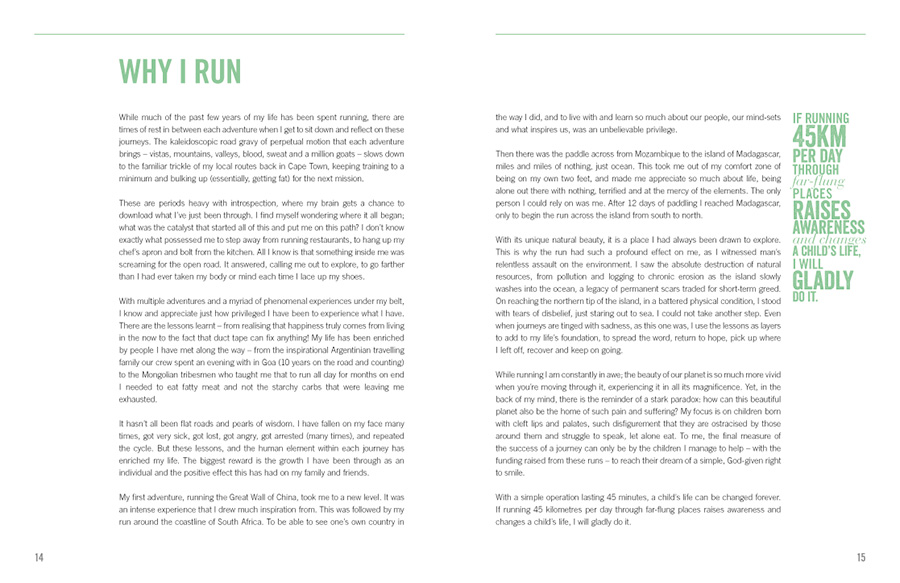 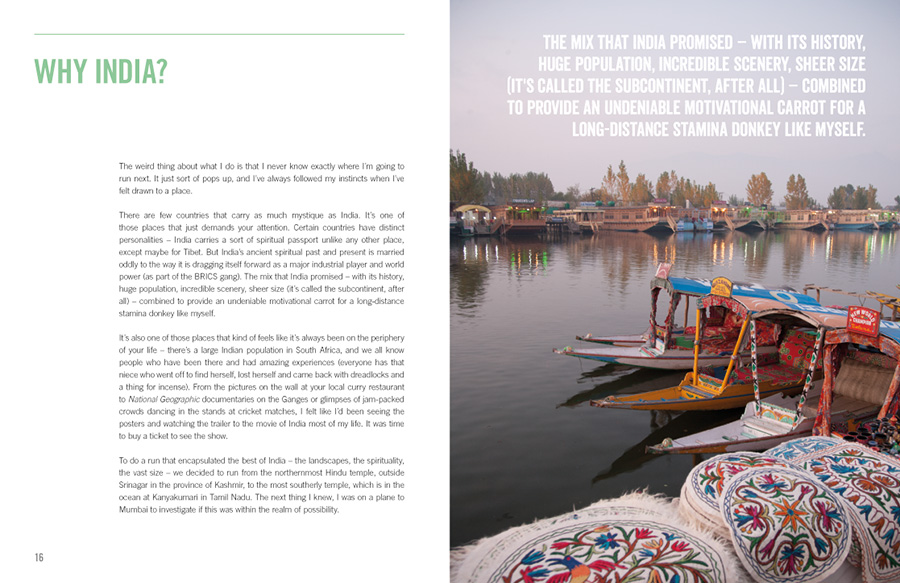 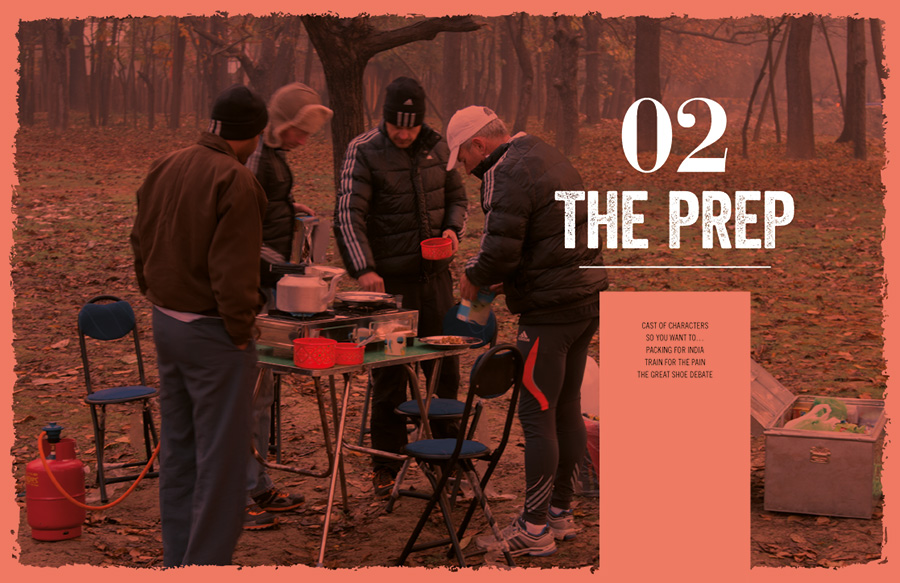 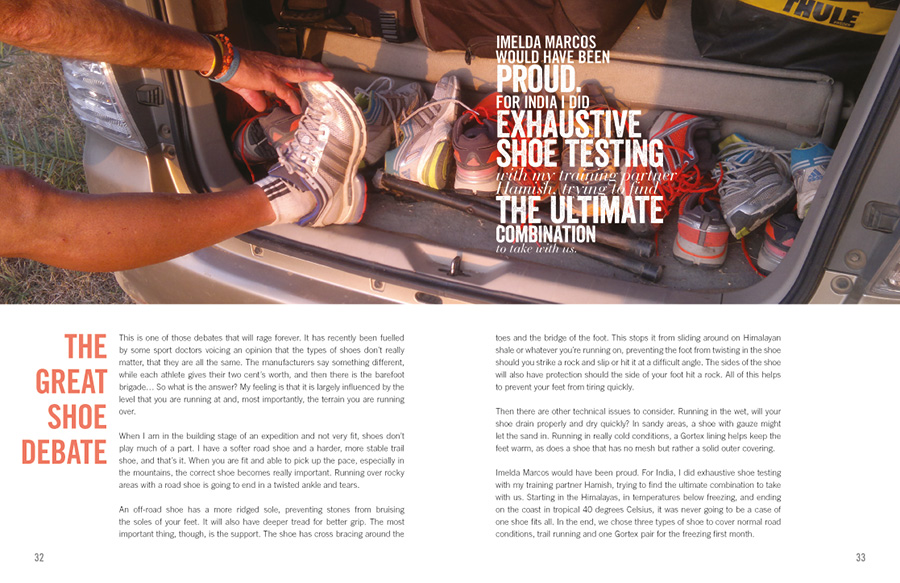 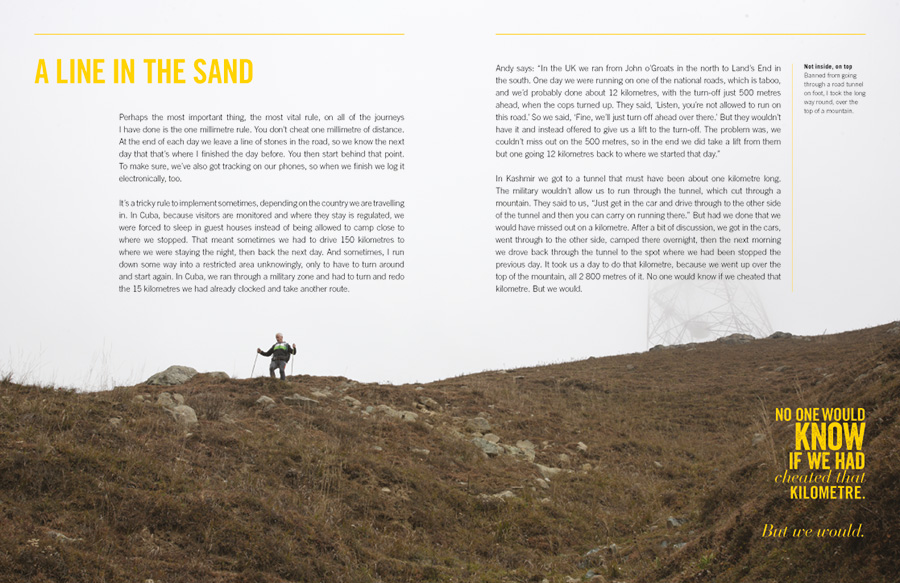 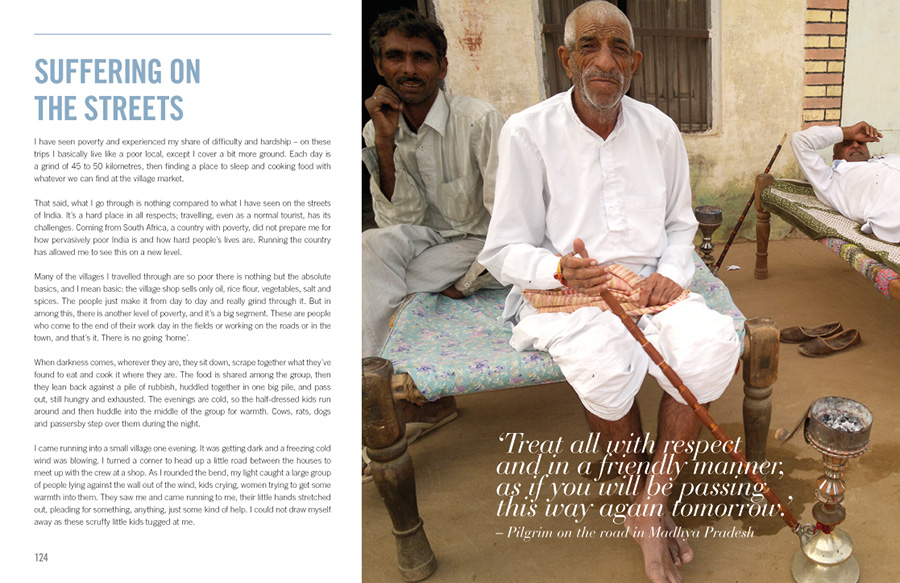 ‘Good luck, my friend.’ Simple words said in passing by a holy man to David Grier on the streets of Mumbai. Grier didn’t know the man; he hardly saw him, in fact, but that encounter was a sign that the madcap idea he was investigating – whether or not it was, in fact, possible to run the length of India – was something he had to do.

With his hardy yet comical crew, he set off to run from the northernmost Hindu temple in the Himalayan foothills of Kashmir right down to the southern tip of India. Through mountain ranges and across rich farmlands and forests; dodging traffic, battling through smog-choked cities and across desert salt plains; fjording rivers and running (unwittingly) through a tiger sanctuary, they ran and ran. Armed with GPSs, maps and helpful directions, they got lost in India.

But through its beauty, its heaving masses and the remarkable resilience of its people, they found themselves, 93 days and 4008 km later, emerging a whole lot wiser at their journey’s end.

The renowned South African adventurer David Grier is not someone to rest on his laurels. He has run the length of the Great Wall of China, run a smile round the coastline of South Africa, paddled from Mozambique to Madagascar and then run the length of that island. He went on to run the length of Great Britain, run across Cuba and, in this book, traversed India. He does all this for the charity Cipla Miles for Smiles, which performs life-changing surgery on kids with cleft palates. A former chef, Grier also co-authored The Real Meal Revolution, a bestselling, record-breaking book that endorses low-carb, high-fat eating – an approach he uses to fuel his endurance running.

David is a trustee and ambassador for the ‘ Cipla Miles for Smiles Foundation’, raising funds through adventure for Operation Smile, South Africa, who perform corrective surgery on children born with cleft lips and palates. 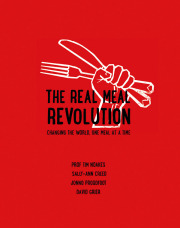