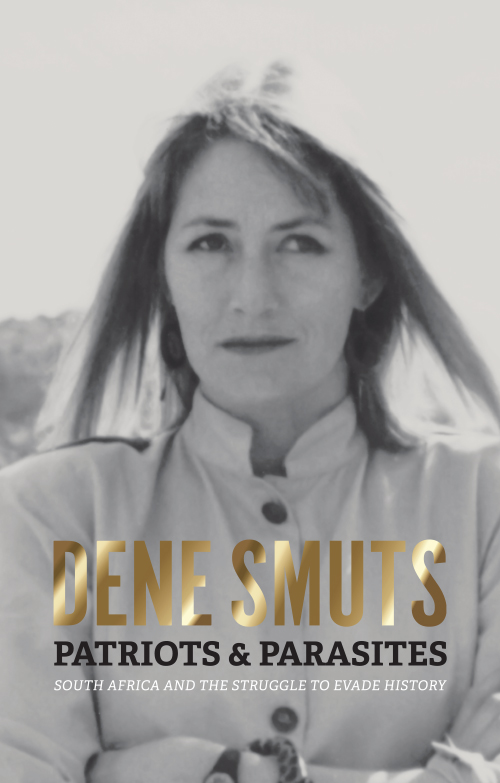 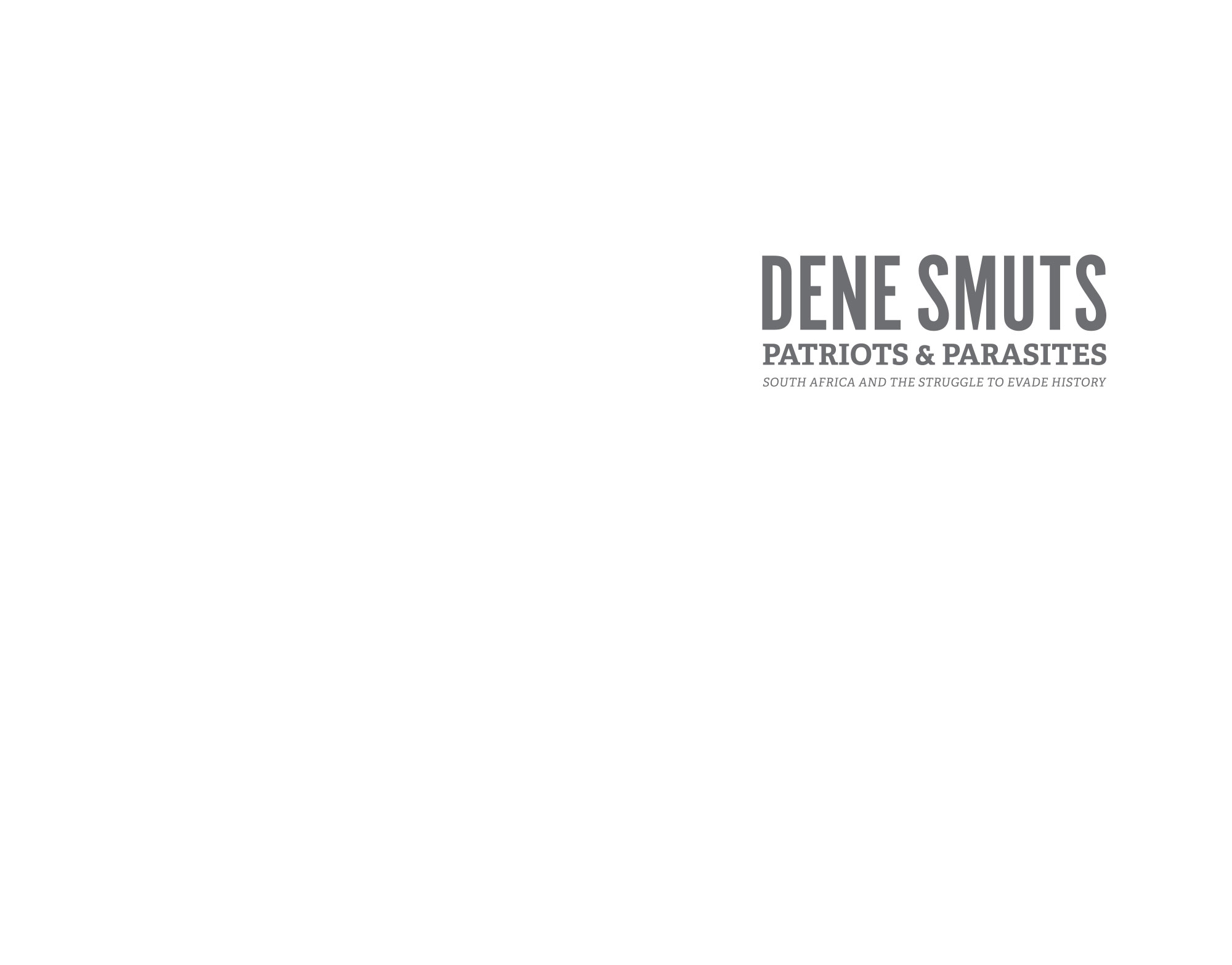 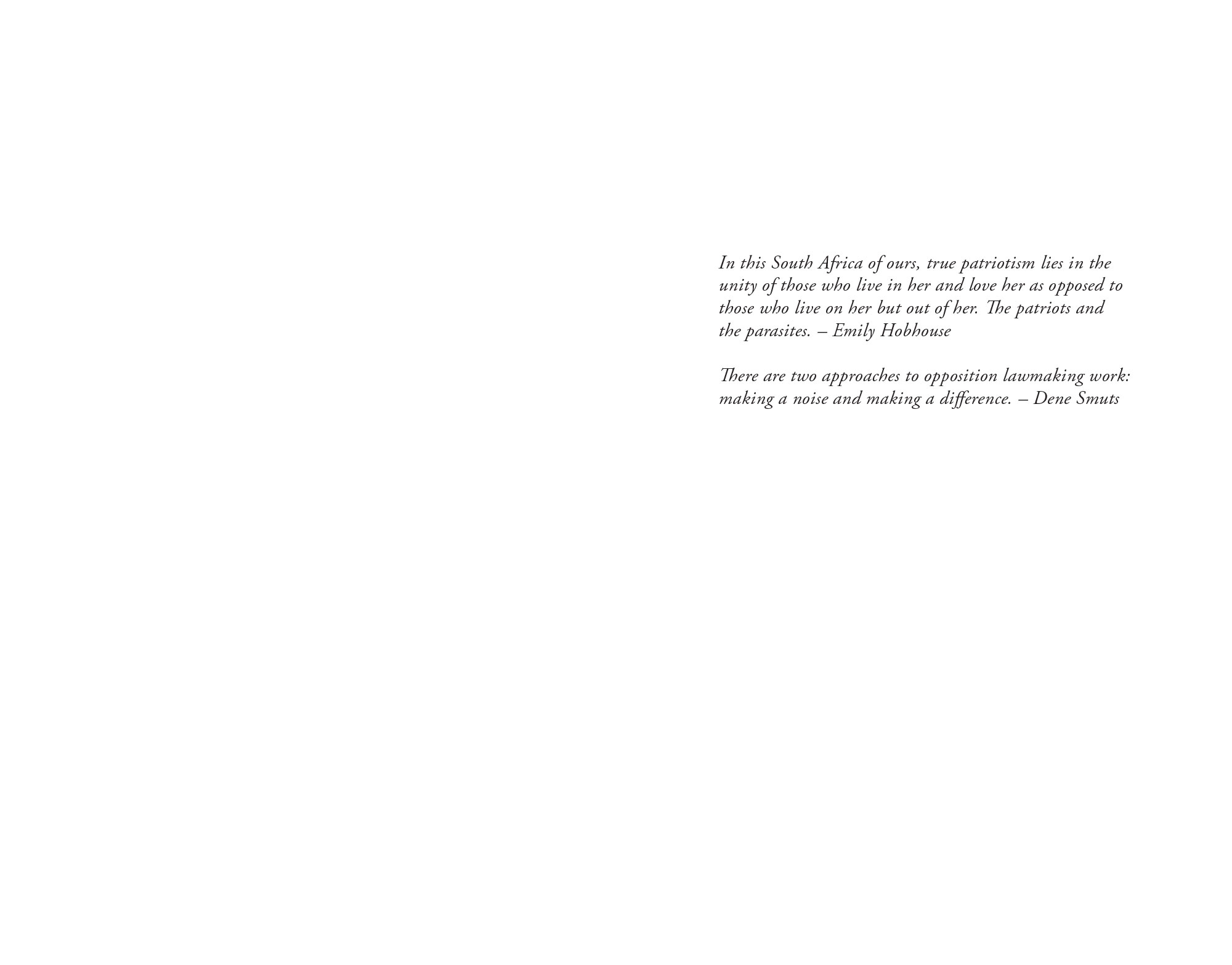 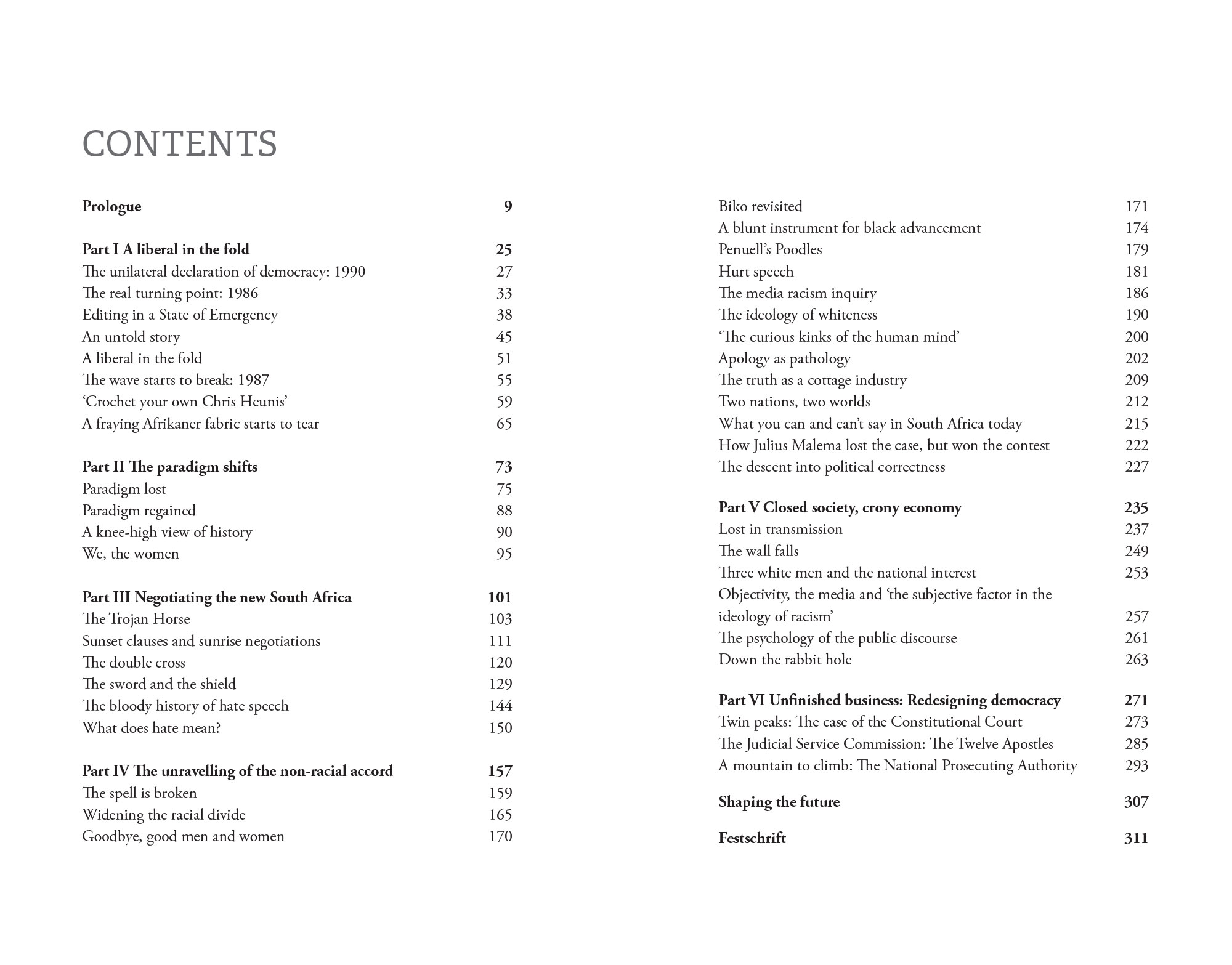 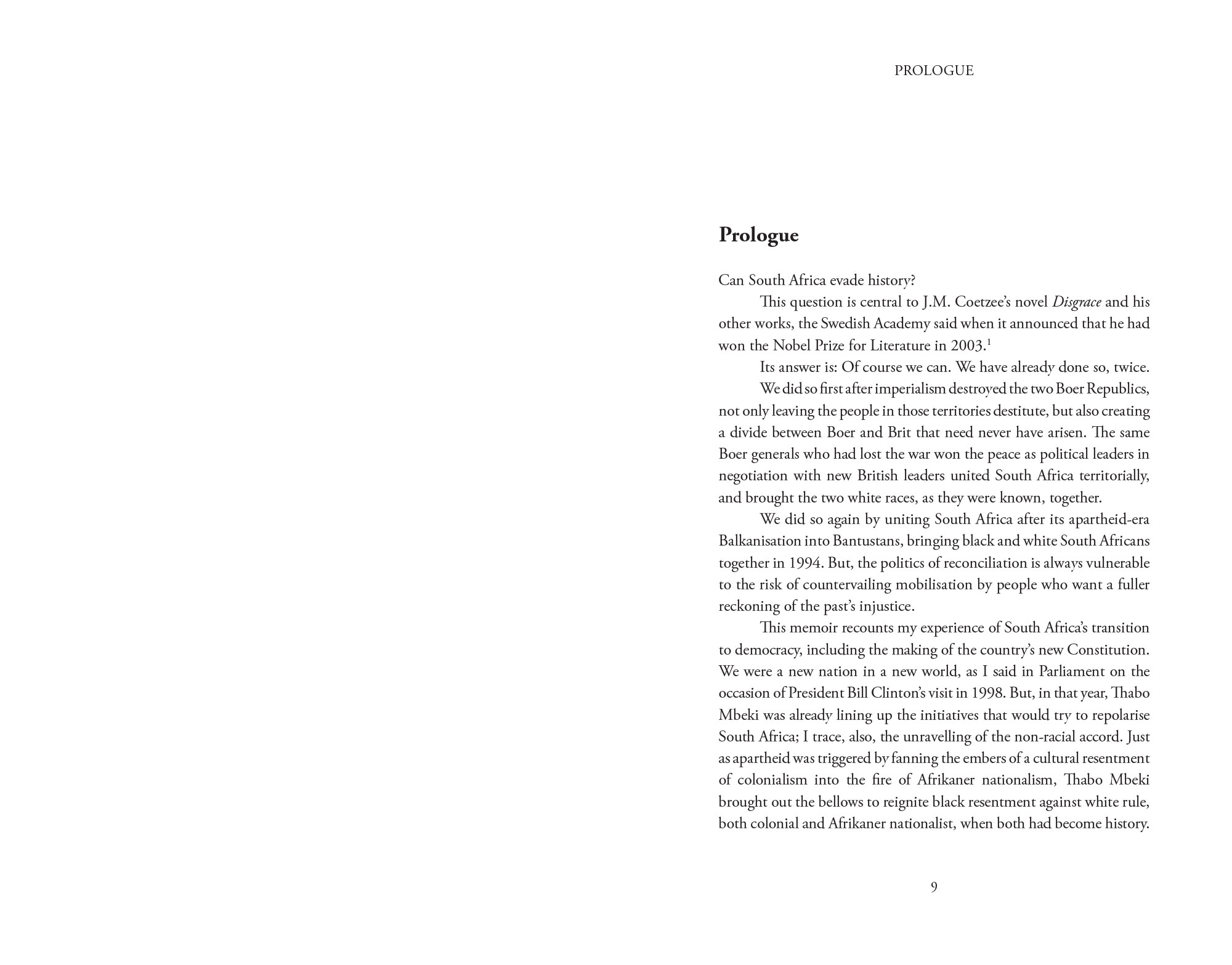 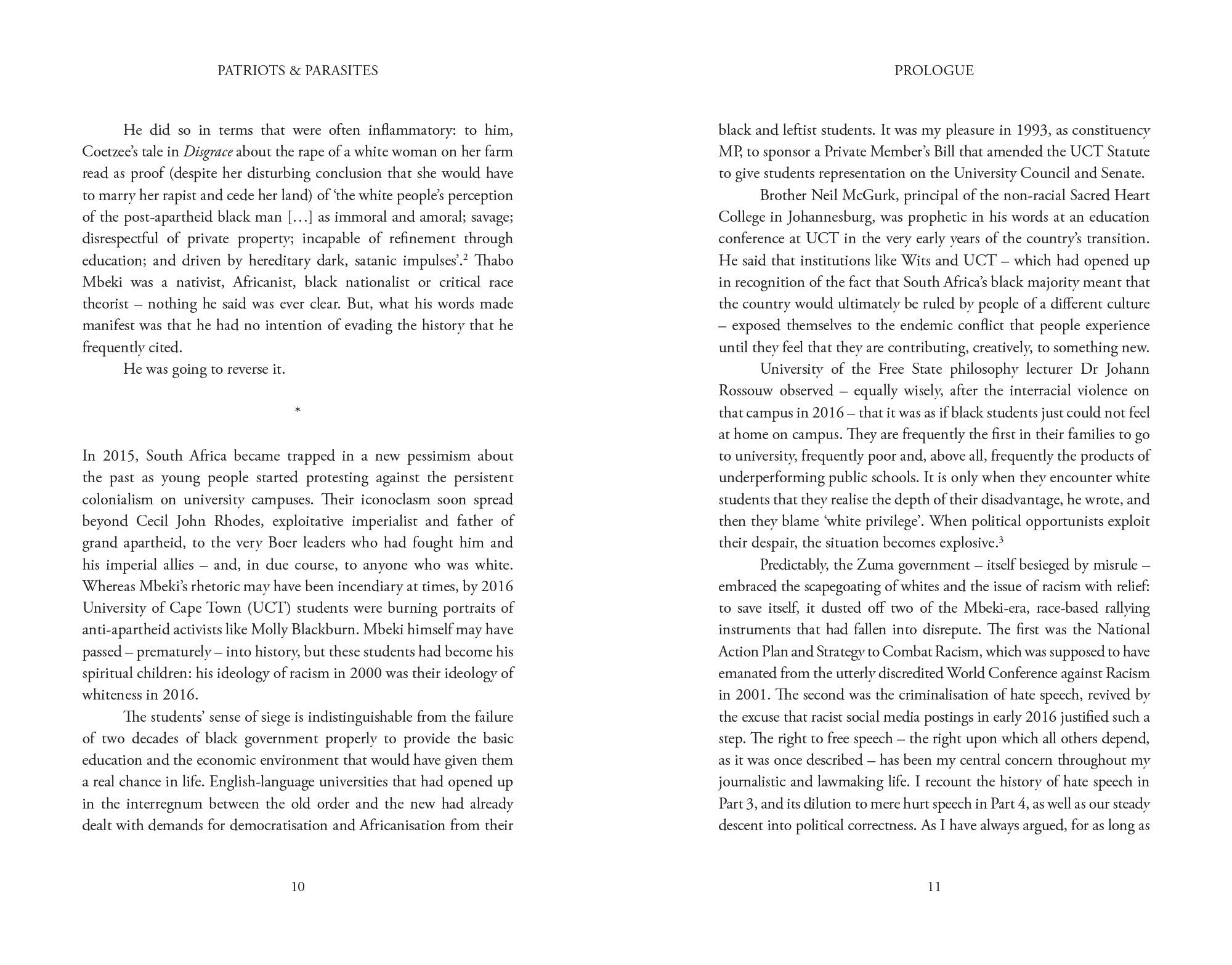 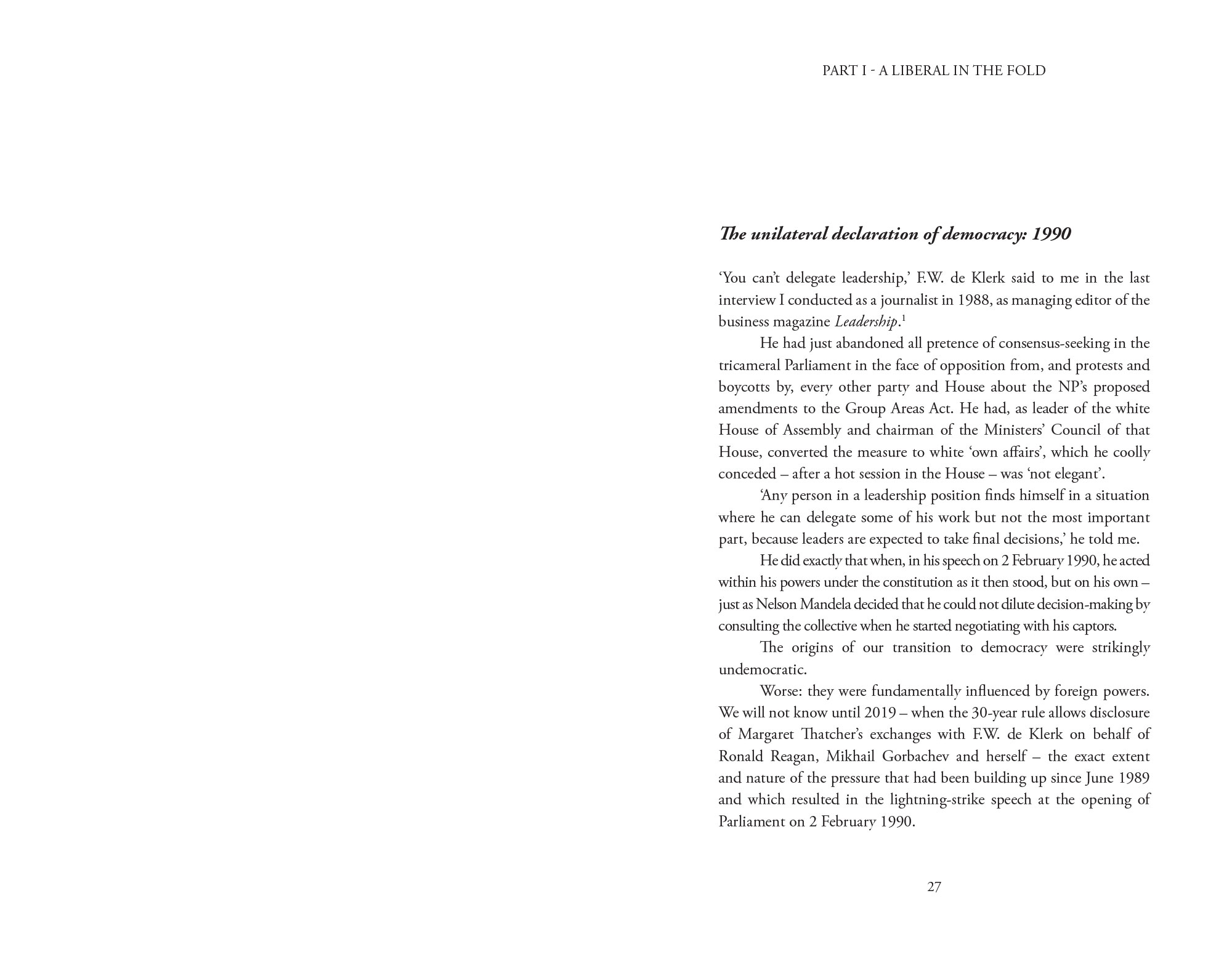 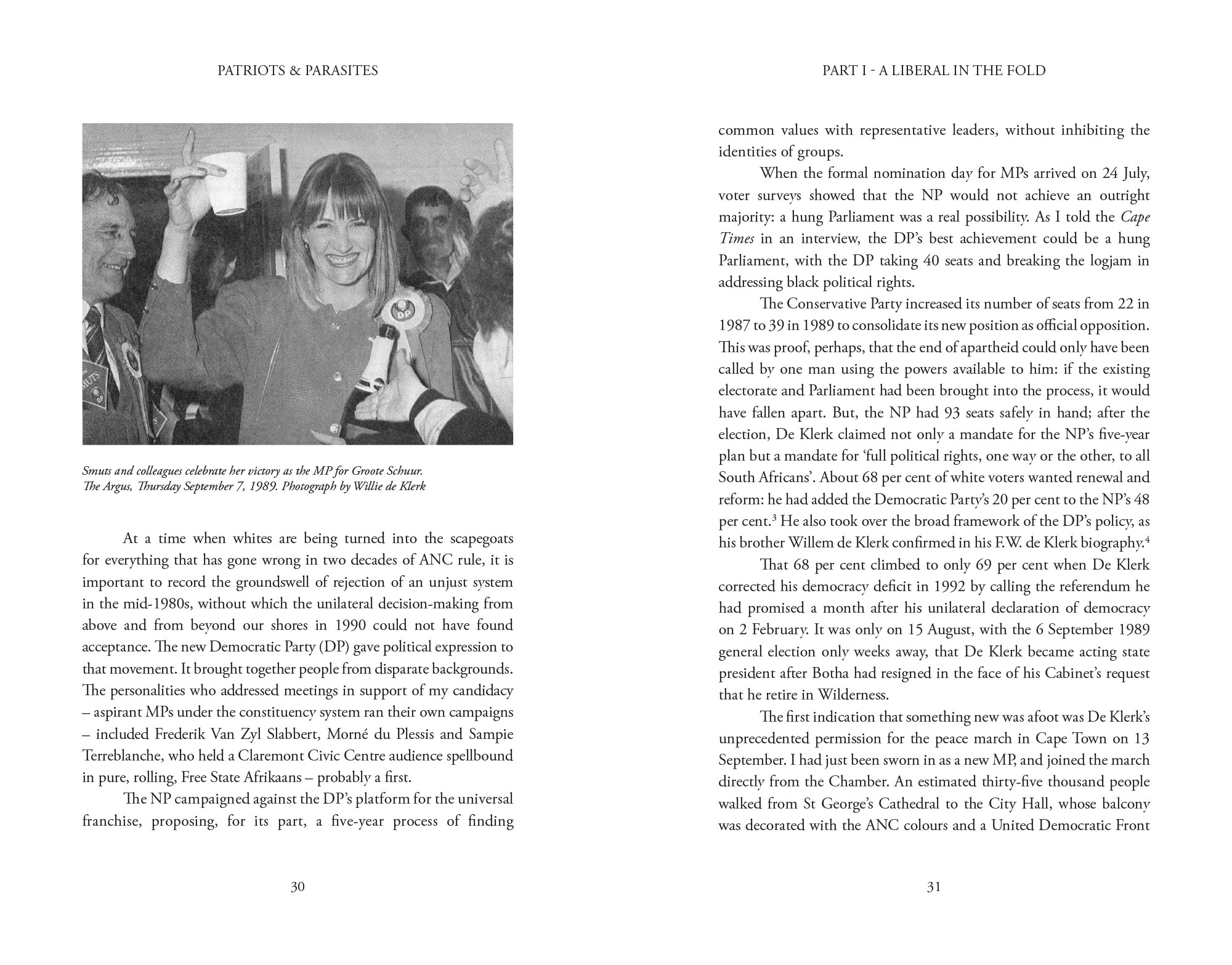 ‘Dene said that every one of us needs to be accountable to our conscience, to our country, to our Constitution and to our constituency. I would be brave enough to say that no one South African held up to these standards as much as she did.’
Mmusi Maimane

Patriots & Parasites, completed just days before Smuts’s unexpected death in 2016, is her account of the momentous period known as the Transition Era, through the lens of her 25-year career as a key opposition MP and a respected legislator. With ambitious breadth and rare insight, she examines:

‘It is clear that the enormous effort of hard work, immense courage and an uncanny legal tenacity that she put into her parliamentary portfolio will influence millions of lives for decades to come.’