Skip to Main Content
Back to Cookery
View cart “Botter en Liefde, boerekos uit ‘n plaaskombuis.” has been added to your cart.

Bernadette le Roux is a food stylist and writer, currently employed as food editor at Condé Nast House & Garden. Based in Cape Town, she is part owner of the popular Café Roux in Noordhoek – a family restaurant run with her husband Paul le Roux and his sister, Lindiwe le Roux. Bernadette is a fifth-generation Palmer, the daughter of Alex and Marianne Palmer, and spent her childhood on the now iconic farm Cranemere in the Great Karoo. She has been involved with magazines and food, in various roles and capacities, for the past seven years (I am assuming this is outdated? Jonathan Ball bio says 10 years…) Her cookbook Prickly Pears & Pomegranates and Marmelade & Moerkoffie, co-authored with her mother Marianne, was chosen as best local cookbook in the world at the Gourmand World Cookbook Awards.

Be the first to review “Prickly Pears and Pomegranates” Cancel reply 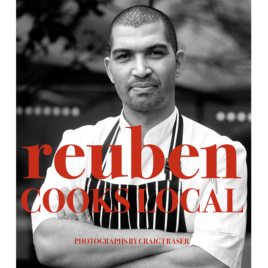 The easy instructions allow you to capture the flavours of South Africa —whether from sea, earth, field or orchard — simply and successfully in your own kitchen, producing dishes guaranteed to become instant favourites with family and friends’ jos baker

From ripe guavas and delicate waterblommetjies to sweetfleshed spanspek, bright yellow mielies and crunchy apples; from rooibos and buchu to Karoo lamb and an abundance of seafood – these are the building blocks from which Reuben crafts his extraordinary variety of delectable yet accessible recipes. Here Reuben explores the best of South Africa’s produce: fresh ingredients that arrive at his acclaimed restaurants on a daily basis throughout the year. As Reuben demonstrates, these local, seasonal stars don’t need complicated cooking techniques, just simple ways of combining excellent ingredients to maximize flavour. Reuben’s deep-seated knowledge of local produce – its history, place, variety and season – is in part gained from contact with local South African producers and farmers, many of which are honoured in this book. SIZE 255 X 220MM • PAGES 220 • HARD COVER • ISBN 978-0-986981-35-7
not rated R120.00 – R450.00 Select options 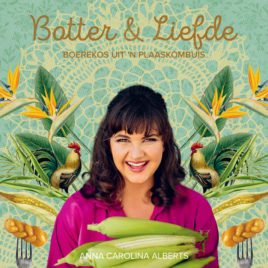 The Really Quite Good British Cookbook

What do you cook for the people you love? Asked this question, 100 of Britain’s food heroes have shared their most beloved recipes to make this extraordinary cookbook.

Compiled by award-winning food editor and author William Sitwell, The Really Quite Good British Cookbook is keenly anticipated and a stunning object in its own right. Ultimately it is a celebration of the breadth, creativity and richness of Britain’s unique food culture.

With 150 recipes, this definitive survey of Great British food and cooking is the book that every foodie will want in their collection. 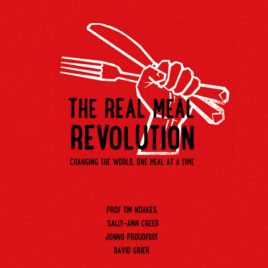 Part myth-busting scientific thriller, part mouth- watering cookbook, the goal of Real Meal Revolution is to change your life by teaching you how to take charge of your weight and your health through the way you eat.