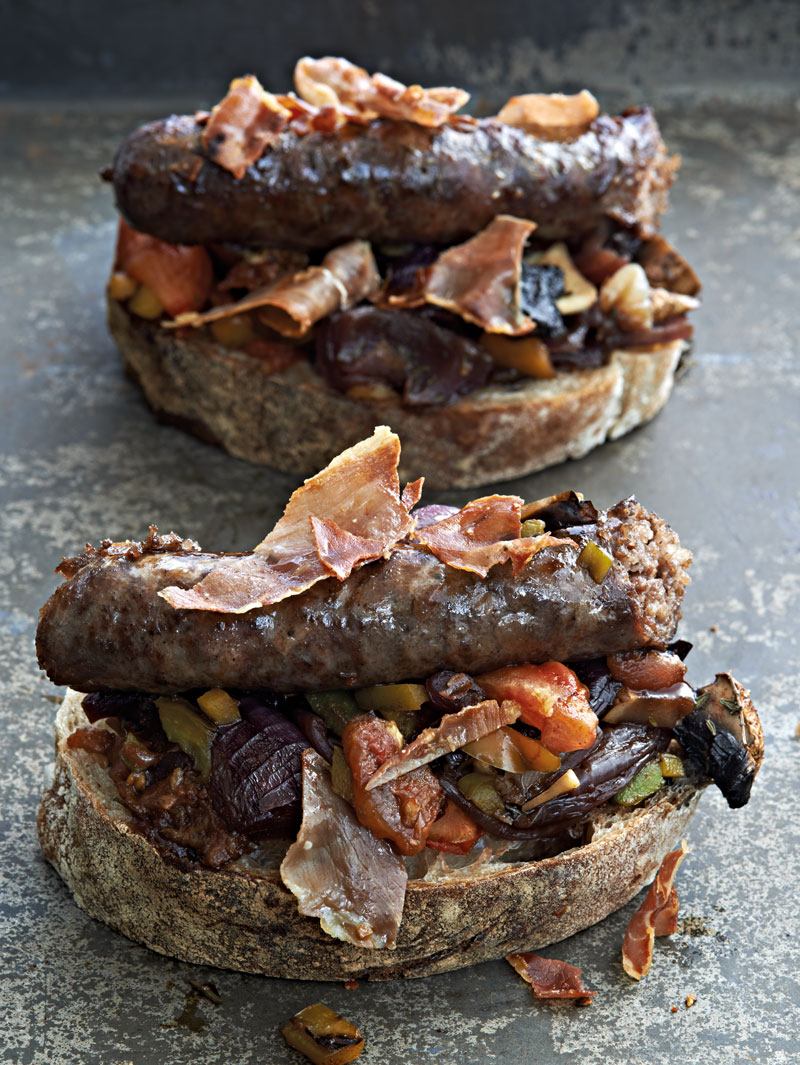 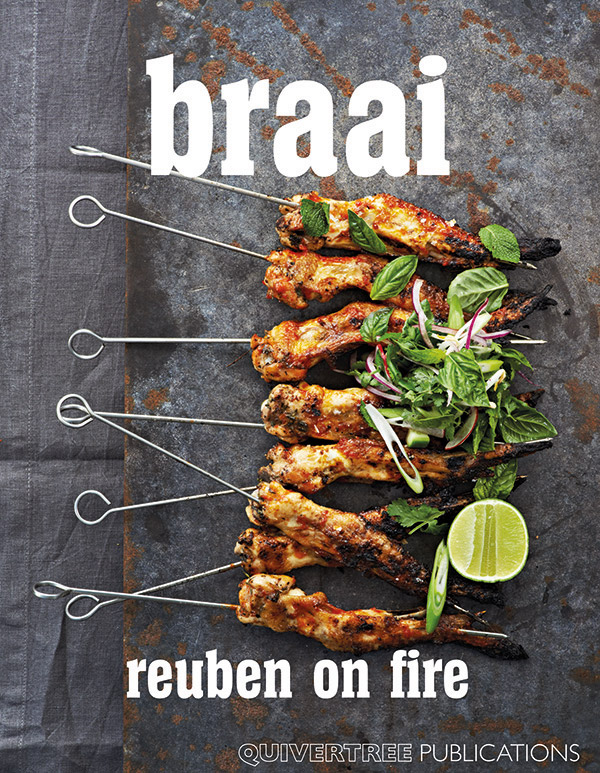 When we came out from working for my grandfather in The Tuin in the afternoons, we would get my mum’s smoored onions with sliced potato on bread. So simple, but so delicious. Smoor and sausage is a marriage made in braai heaven. People incorrectly assume that a good smoor is made by the tomato but it is, in fact, the onion when slow-cooked out of shape that gives you the right unctuous consistency.

What we’re doing here is cooking it really slowly in tin foil on the braai. Smoor is not just a dish, but a cooking process – basically slow braising – and for me the word is perfect. Think of it as flattening something slowly with heat. For this recipe I used pork sausage but you could treat boerewors the same way. You will get plenty of crunch from the prosciutto, so don’t toast the rolls for too long because for the smoor to be absorbed perfectly into the roll, the interior needs to stay fluffy.