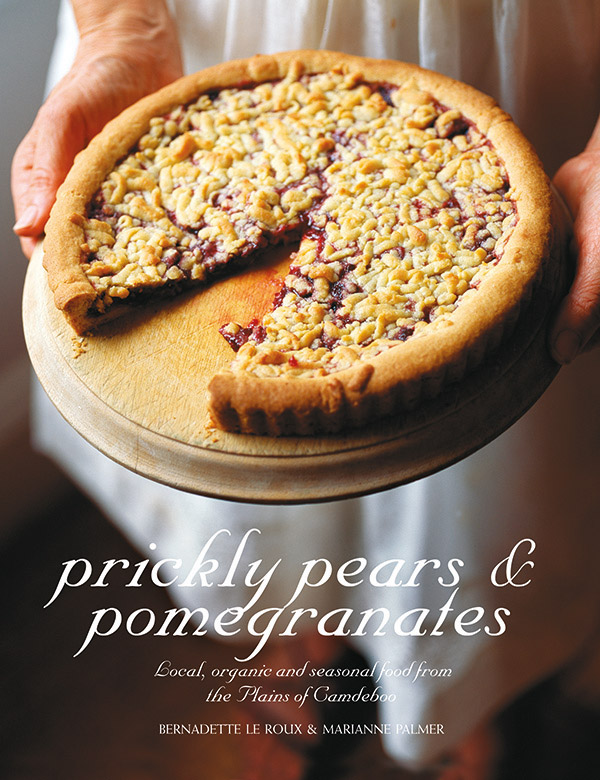 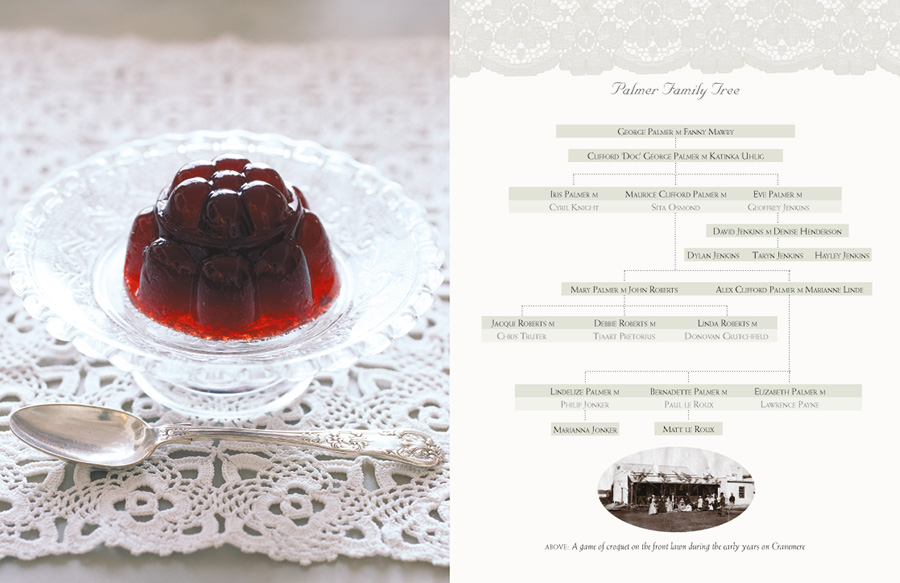 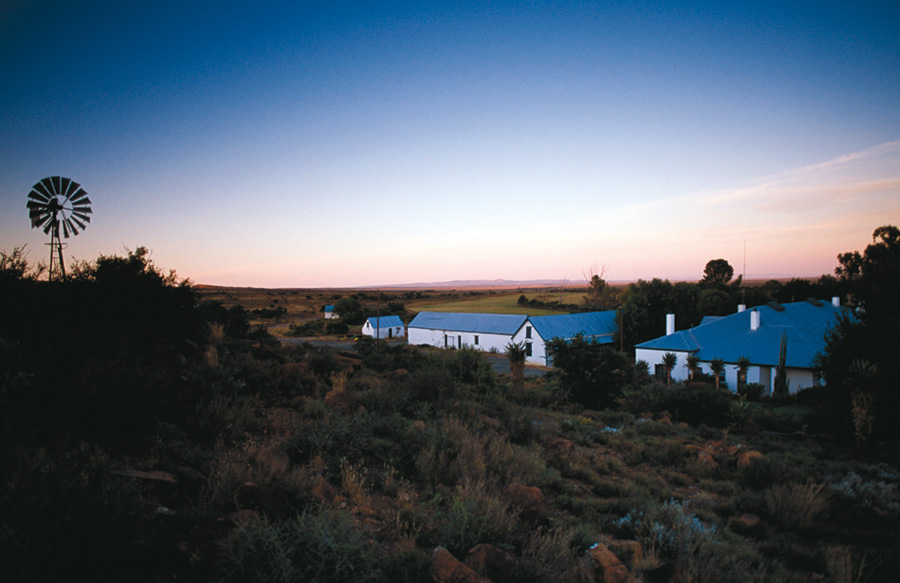 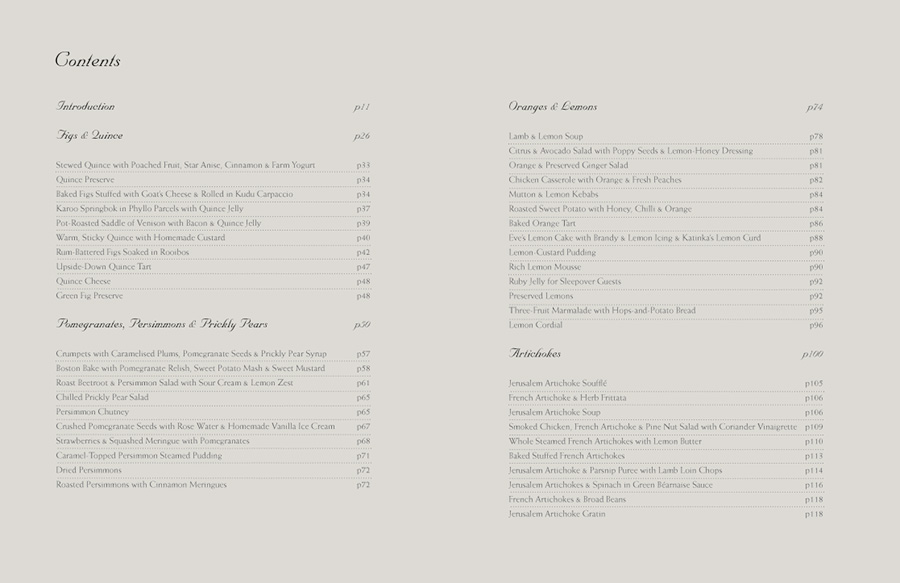 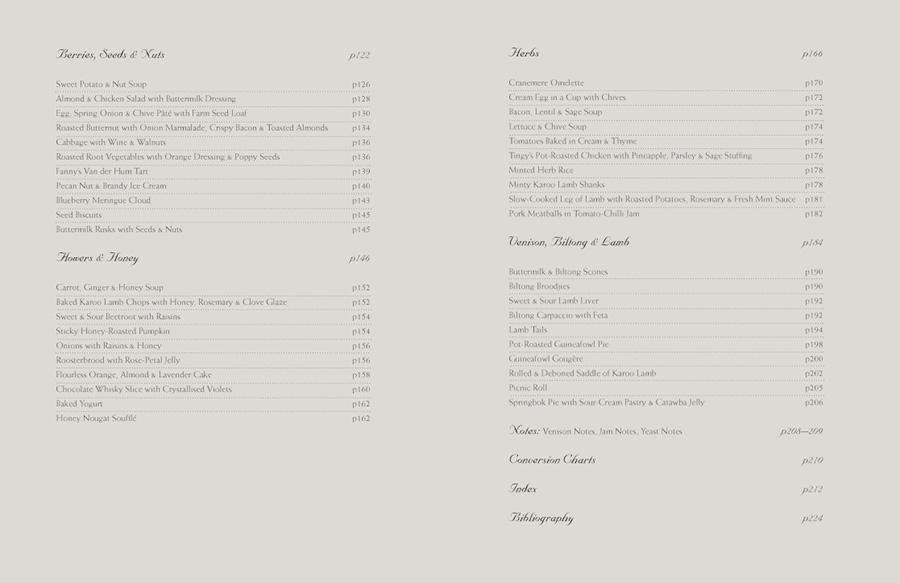 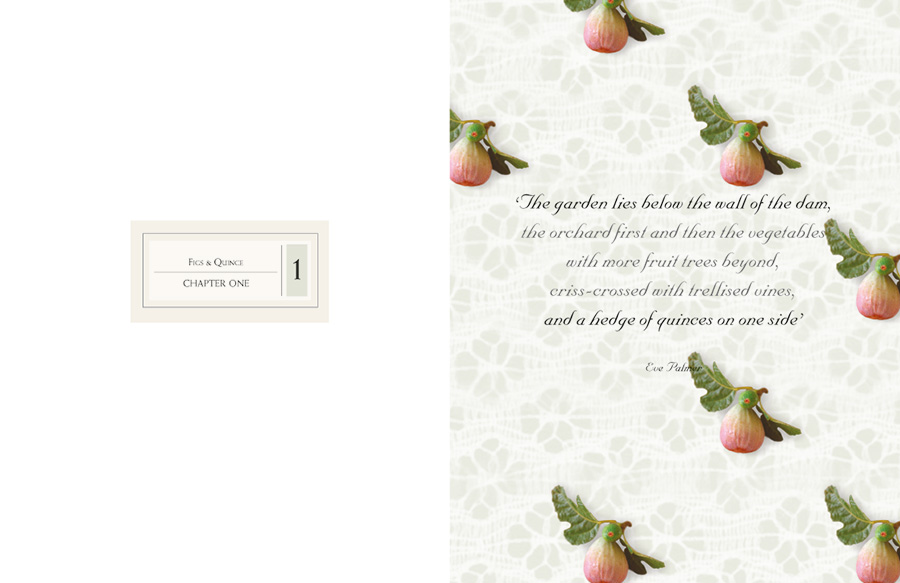 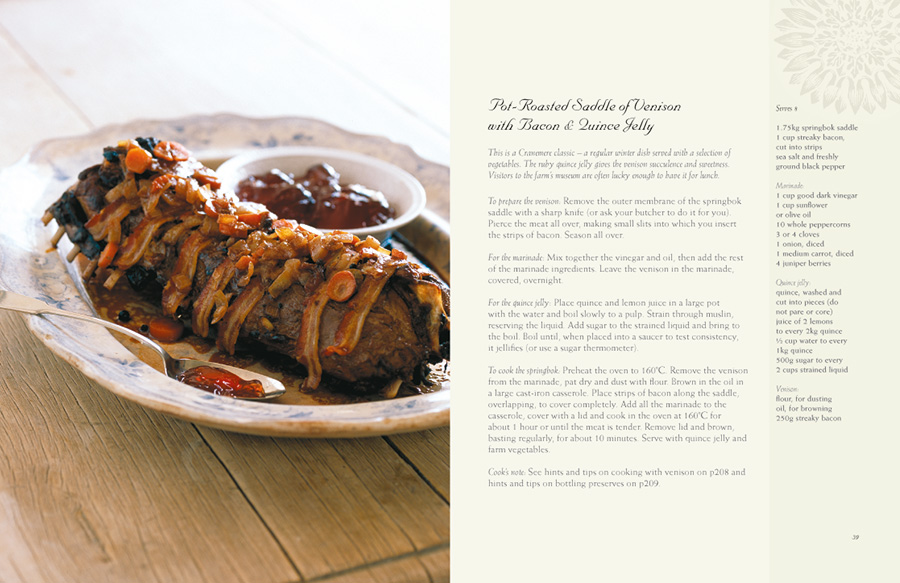 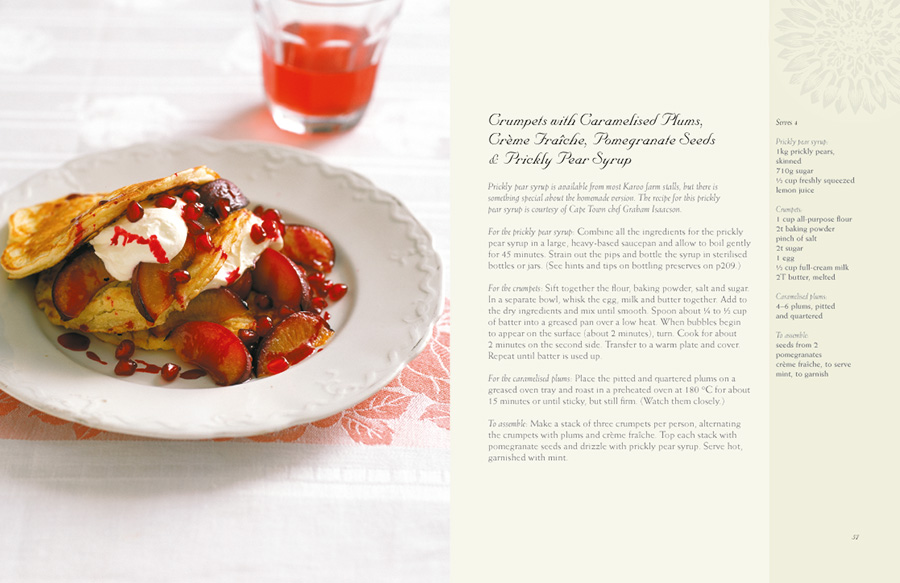 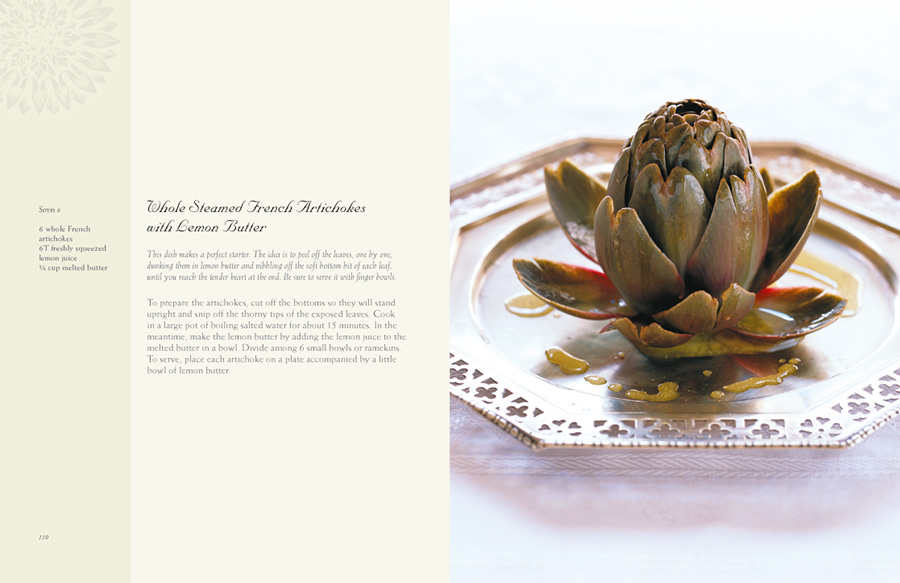 Bernadette le Roux is a food stylist and writer, currently employed as food editor at Condé Nast House & Garden. Based in Cape Town, she is part owner of the popular Café Roux in Noordhoek – a family restaurant run with her husband Paul le Roux and his sister, Lindiwe le Roux. Bernadette is a fifth-generation Palmer, the daughter of Alex and Marianne Palmer, and spent her childhood on the now iconic farm Cranemere in the Great Karoo. She has been involved with magazines and food, in various roles and capacities, for the past 10 years. Her cookbook Prickly Pears & Pomegranates and Marmelade & Moerkoffie, co-authored with her mother Marianne, was chosen as best local cookbook in the world at the Gourmand World Cookbook Awards.