Bernadette le Roux is a food stylist and writer, currently employed as food editor at Condé Nast House & Garden. Based in Cape Town, she is part owner of the popular Café Roux in Noordhoek – a family restaurant run with her husband Paul le Roux and his sister, Lindiwe le Roux. Bernadette is a fifth-generation Palmer, the daughter of Alex and Marianne Palmer, and spent her childhood on the now iconic farm Cranemere in the Great Karoo. She has been involved with magazines and food, in various roles and capacities, for the past seven years (I am assuming this is outdated? Jonathan Ball bio says 10 years…) Her cookbook Prickly Pears & Pomegranates and Marmelade & Moerkoffie, co-authored with her mother Marianne, was chosen as best local cookbook in the world at the Gourmand World Cookbook Awards.

Be the first to review “Prickly Pears and Pomegranates” Cancel reply 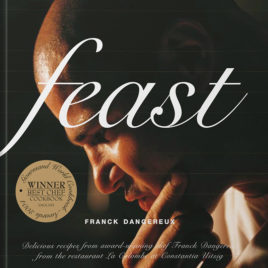 'FEAST' BY FRANCK DANGEREUX OF RESTAURANT LA COLOMBE, WAS PROCLAIMED ONE OF THE THREE BEST CHEF BOOKS IN THE WORLD.

For seven years, Franck Dangereux delighted patrons of the celebrated, multi-award-winning La Colombe restaurant at Constantia Uitsig in Cape Town. In this book he reveals some of the secrets of the exrravagantly sensual dishes served at La Colombe, but also offers simpler fare, inspired both by his childhood in the south of France and his love of South Africa. Combining practical instructions that even the least experienced cook can follow with an overriding passion for good food, this is a culinary journey that will inspire anyone who recognises the pleasure of taste. FRANCK DANGEREUX is an internationally renowned chef who earned his stripes at three-star Michelin restaurants in France. He subsequently worked in the Caribbean and Morocco before settling in Cape Town, where he started La Colombe on Constantia Uitsig wine farm. Franck's latest restaurant is The Foodbarn in Noordhoek where he serves up deliciously decadent fare in a beautifully converted barn. SIZE 230 X 230MM • PAGES 272 • HARD COVER • ISBN 978-0-620312-62-72 Please note these books have slight damage.
not rated R225.00 Select options 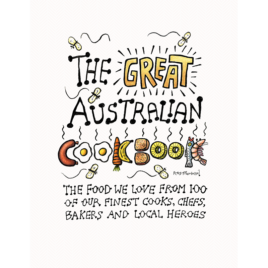 The ultimate celebration of food from 100 of australia’s finest cooks, chefs, bakers and local heroes

Featuring 165 recipes, from tried and true Aussie classics to contemporary cuisine that reflect Australia’s ethnic diversity and fresh local produce, THE GREAT AUSTRALIAN COOKBOOK is a celebration of local cuisine. One hundred of Australia’s finest cooks, chefs, bakers and local heroes let us into their homes and their hearts as they share their favourite recipes they make for the people they love. Each recipe is accompanied by stunning original photography shot entirely on location that captures the essence and nature of this beautiful country. With original cover artwork from acclaimed artist Reg Mombassa – a celebration of food, set to become a classic. HARD COVER • ISBN 978-1-928209-386
not rated R500.00 Add to cart 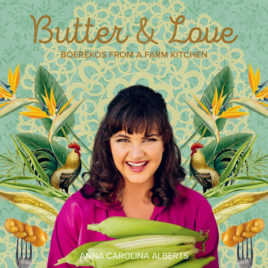 Butter and Love, boerekos from a farm kitchen. 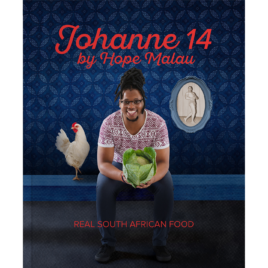