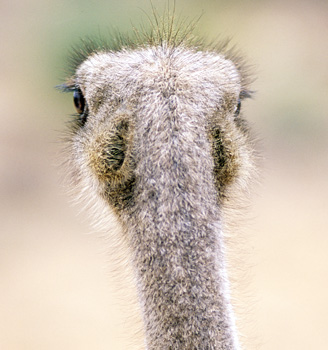 Blog post written by Tudor Caradoc-Davies. As a chef, Pete Goffe-Woof has done his time. Hotels, restaurants, catering, demos, TV, you name it. Some of the most influential times in his career have been on the road, where his knife … Continued

As a chef, Pete Goffe-Woof has done his time. Hotels, restaurants, catering, demos, TV, you name it. Some of the most influential times in his career have been on the road, where his knife and stove skills have taken him far from home.

One of the best places he has been to, as detailed in his new book A Life Digested, was Vietnam.  Pete found himself involved in a delegation promoting South Africa and that meant cooking for a bunch of dignitaries, ambassadors and other big-wigs. As Pete tells it, the Vietnamese were slightly obsessed with ostrich and even though Pete and his fellow chefs had brought a decent supply along with them, they were soon running out of Big Bird to serve. With the big gala banquet the next day, Pete needed to find ostrich pronto, so he phoned up a bunch of ex-pat chefs he knew were working in Hanoi, hoping that at the very least he’d be able to get his hands on an unfortunate emu or two.

As luck would have it, he got a call back from a Canadian chef who knew a guy who knew a guy who could get him some ostrich. The only problem was it was fresh.
Pete replied, “Fantastic!”
“No, Pete” the Canadian responded. “I mean alive fresh.”
The next day while in the kitchen, Pete got a call from hotel security to make his way to the loading bay ASAP. There, lying in the back of a taxi was as Pete calls it, “the biggest f#@king drumstick I have ever seen. They had killed the ostrich, plucked it, put it in the back of a taxi and sent it across town on a Saturday night. The bloody thing was still warm!”

Fortunately, for Pete and the rest of us, ostrich is readily available in most butchers and supermarkets. And while the lean red meat is a quintessentially South African ingredient, the following dish always reminds him of Hanoi and the ostrich taxi.

*For the record, Pete is on the most wanted list of Seasame Street’s internal police.

While this is a truly South African dish, it will always remind me of Hanoi. It is a canapé that was on a menu I cooked for the South African Ambassador to Vietnam and a number of important dignitaries. The origin of the ostrich, as you’ve read, is what makes it most memorable to me. Serves 6

Chop the ostrich fillet fairly fine by hand, using a sharp knife. (A food processor tends to tear the meat.) Finely chop the gherkins and roughly chop the coriander. Add these with the rest of the ingredients, to the meat, mix thoroughly and season to taste. You can chop the meat in advance but do not add the flavourings until just before you serve, as the mustard will burn the meat and may overpower the overall taste. Serve the tartare on poppadoms with some atchar and garnished with coriander leaves.

Cover the mango with hot water and leave to rehydrate for 30 minutes. Remove the rind from the preserved lemon and discard the rest. Cut the rind into fine dice. Drain the mango, roughly chop it and add to the lemon rind. Roughly chop the dates and add to the mixture. Cut the curry leaves into thin strips and add, with the rest of the ingredients, to the mixture. Season to taste.

Mix the flour and onion seeds together. Add the salt and rub in the butter. Add just enough hot milk to bring the dough together in a smooth elastic ball. Roll out as thin as possible. Cut the dough into 12 to 15 rounds and deep-fry until crisp.

Try Pete’s beloved ostrich tartare and get A Life Digested from any leading book store today.