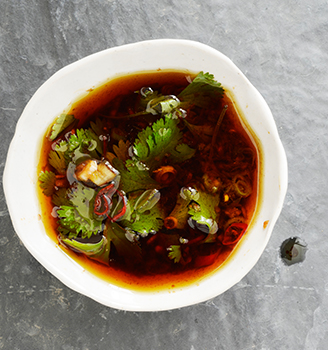 Worldwide fish stocks are under great strain, this much we know and it’s up to us individually to make a difference with the way we spend and the way we eat. Nobody knows this better than Daisy Jones, a career … Continued Worldwide fish stocks are under great strain, this much we know and it’s up to us individually to make a difference with the way we spend and the way we eat. Nobody knows this better than Daisy Jones, a career journalist who took it upon herself to investigate which fish species are on the SASSI Green List and what exactly you can do with them.  Because if we’re honest, the majority of us are a little unsure about fish. Unlike the fairly same-same nature of chicken, each type of seafood brings vastly different flavours, textures, and properties. Understanding this, Daisy got stuck into the seafood many of us are perhaps either unfamiliar or not that confident with. The result is Starfish Top 10 Sustainable Fish, a book we are exceptionally proud of which won the Sunday Times Cookbook of the Year.
From snoek, to farmed kabeljou and trout, oysters, mussels, yellowtail, anchovies, sardines, hake and squid, Daisy put time into getting to know each species and how best to cook them. The results are simultaneously enlightening and mouth-watering. To give you a taster, we’ve selected her Salt and Pepper Squid recipe.

serves 2
1 tsp sea salt
1 tsp black pepper
¼ cup cornflour
1 pack baby squid (about 250g)
2 cups sunflower oil
a pinch of cayenne pepper (optional)
lemon, for squeezing, plus extra for serving
The best way to do this is to bash together the salt and pepper in a pestle and mortar. It really does improve the taste. If you don’t have one, just add the salt and milled black pepper to the cornflour in a flat dish.
Empty your squid into a sieve. Clean it until the water runs clear. Press the squid, getting out as much water as you can. Now add the squid to the seasoned cornflour and mix thoroughly until all the pieces are coated. Try to prevent the tentacles from getting into a big tangled lump.
Now heat the sunflower oil in a good, heavy frying pan on your biggest plate at its highest heat. Don’t skimp on the oil. I have in the past, and it makes the spitting worse than if the squid is completely submerged. If you must use less oil, use a smaller pan. To test when the oil is ready, drop in a teeny bit of squid. When it bubbles and rises to the top, the oil is ready. (If the oil is smoking, it’s too hot.)
Get the children and pets out of the kitchen, make sure you’re wearing an apron and stand way back as you add half the squid to the pan with a slotted spoon. It will spit. I’m going to ask you to resist the temptation to add all the squid to the pan. I know it’s hard. But if you do the squid in two batches it will cook faster and go a beautiful golden colour. If you add it all now the temperature of the oil will drop and the cooking will take longer.
When the squid is golden, lift it out with a slotted spoon and drop it onto kitchen towel. Sprinkle with a little cayenne pepper, if using, and squeeze over a bit of lemon. Once that’s done, you should be able to put in your second batch. It will be cooked in a flash. Eat immediately with extra lemon and something for dipping – preferably smoked paprika and garlic mayonnaise (recipe page 312).