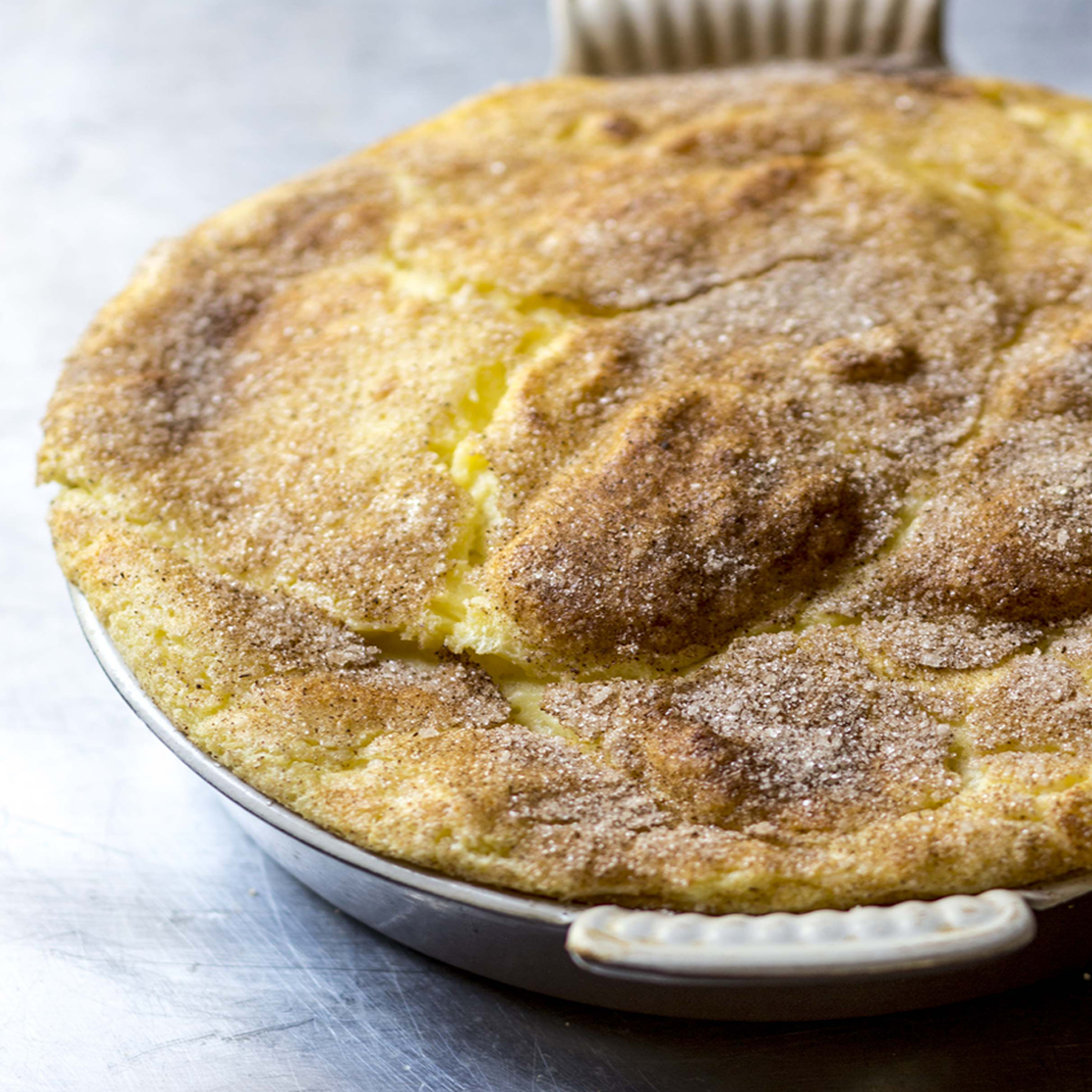 We couldn’t think of anyone better to get recipe inspiration from than Ina Paarman. In The Great South African Cookbook she shares a very special and tasty milk tart recipe that she would normally make for her loved ones. This is … Continued

We couldn’t think of anyone better to get recipe inspiration from than Ina Paarman. In The Great South African Cookbook she shares a very special and tasty milk tart recipe that she would normally make for her loved ones. This is a perfected version of her Ouma’s recipe which uses an apple base for a variation on the traditional pastry crust. Bring the milk and broken cinnamon just to the boil. Cover, remove from heat, add the butter and leave to infuse for 20 minutes.

Meanwhile, adjust the oven rack to one slot below the middle position and pre-heat oven to 180°C. In a saucepan, cook the apples in the apple juice for about 15 minutes. Place cooked apples into a buttered deep 22 cm or regular24 cm pie dish and leave to cool.

To make the cinnamon-sugar topping, mix the sugar and cinnamon together, and sprinkle 1 tablespoon of the cinnamon sugar over the apples.

Remove the cinnamon pieces from the milk. Add a little of the warm milk to the egg yolks while beating with a balloon whisk. Return egg mixture to the pot and then beat in the vanilla cake mix. Add almond essence. Keep stirring over medium heat with a whisk until the mixture starts to thicken on the bottom of the pot. Immediately remove it from the heat and keep stirring, away from any heat, until the consistency is like a thickish yoghurt: it may form lumps, just keep beating with the whisk away from heat to disperse them. Leave to cool slightly.

Whip the egg whites to soft-peak stage. Add one-third of the beaten egg whites to the milk-tart mixture and stir through with the whisk. Add the remaining egg whites and gently fold in. Place into the pie dish on top of the cooked apples. Sprinkle the remaining cinnamon-sugar topping evenly over the top of the milk tart. Bake for 25–30 minutes until puffy. Switch off the oven (leave the door slightly ajar) and leave milk tart in the oven to cool for 15 minutes. Remove and cool to room temperature before slicing.

If you want to make the milk tart without the apple (this recipe makes a lovely plain crustless milk tart) use a slightly smaller 22 cm pie dish. Bake it for the same length of time.