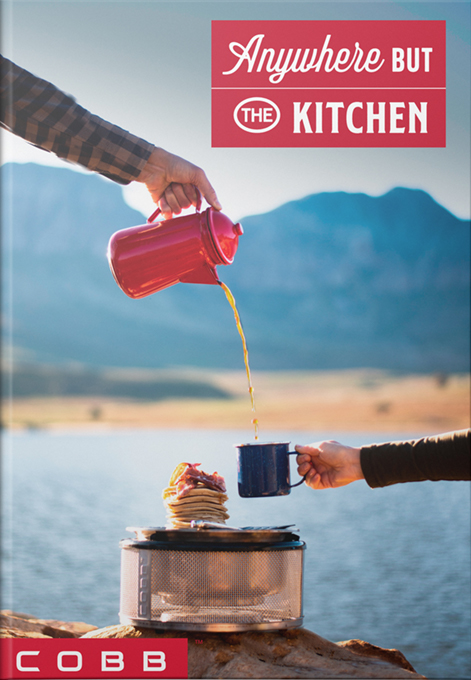 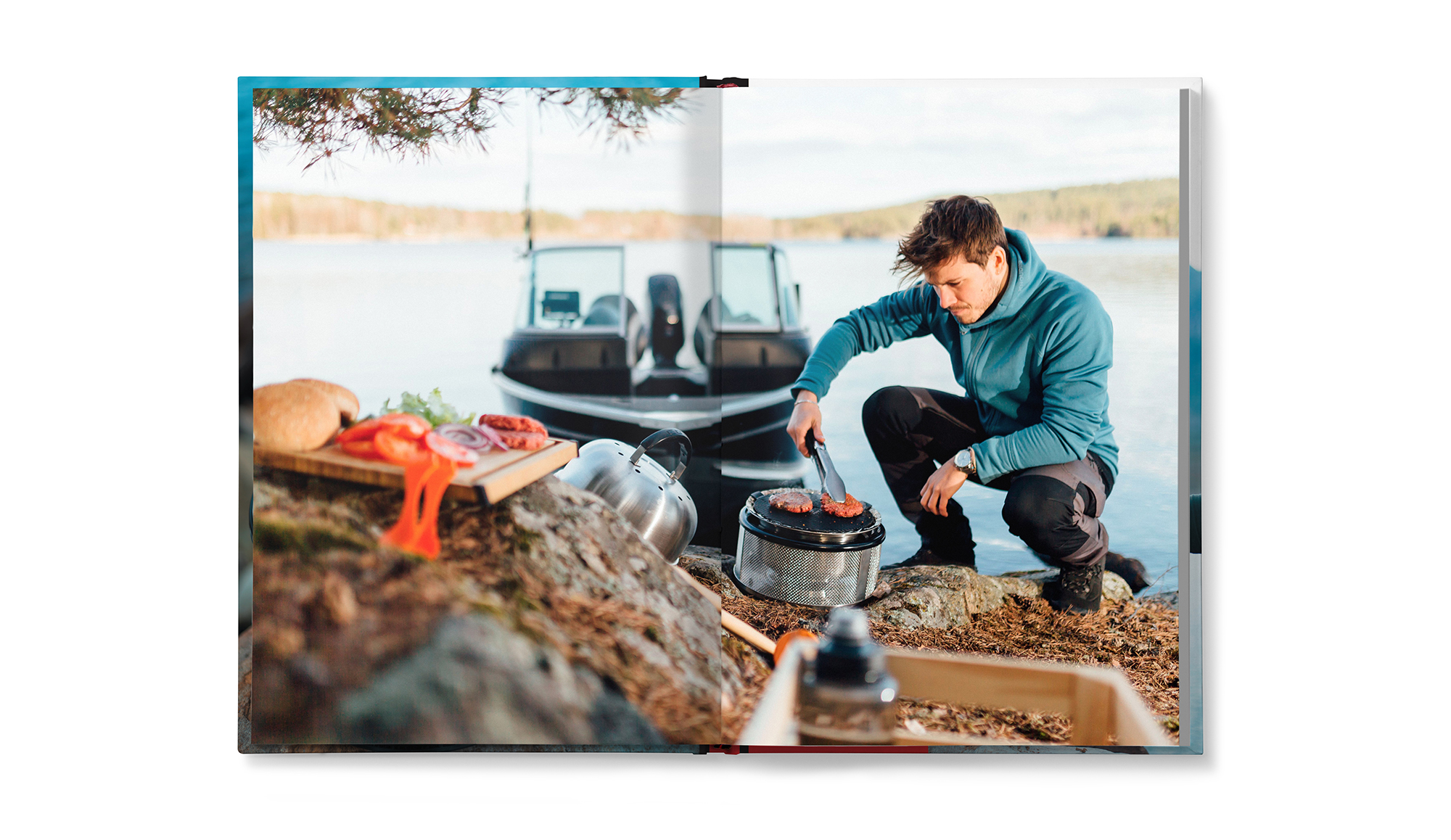 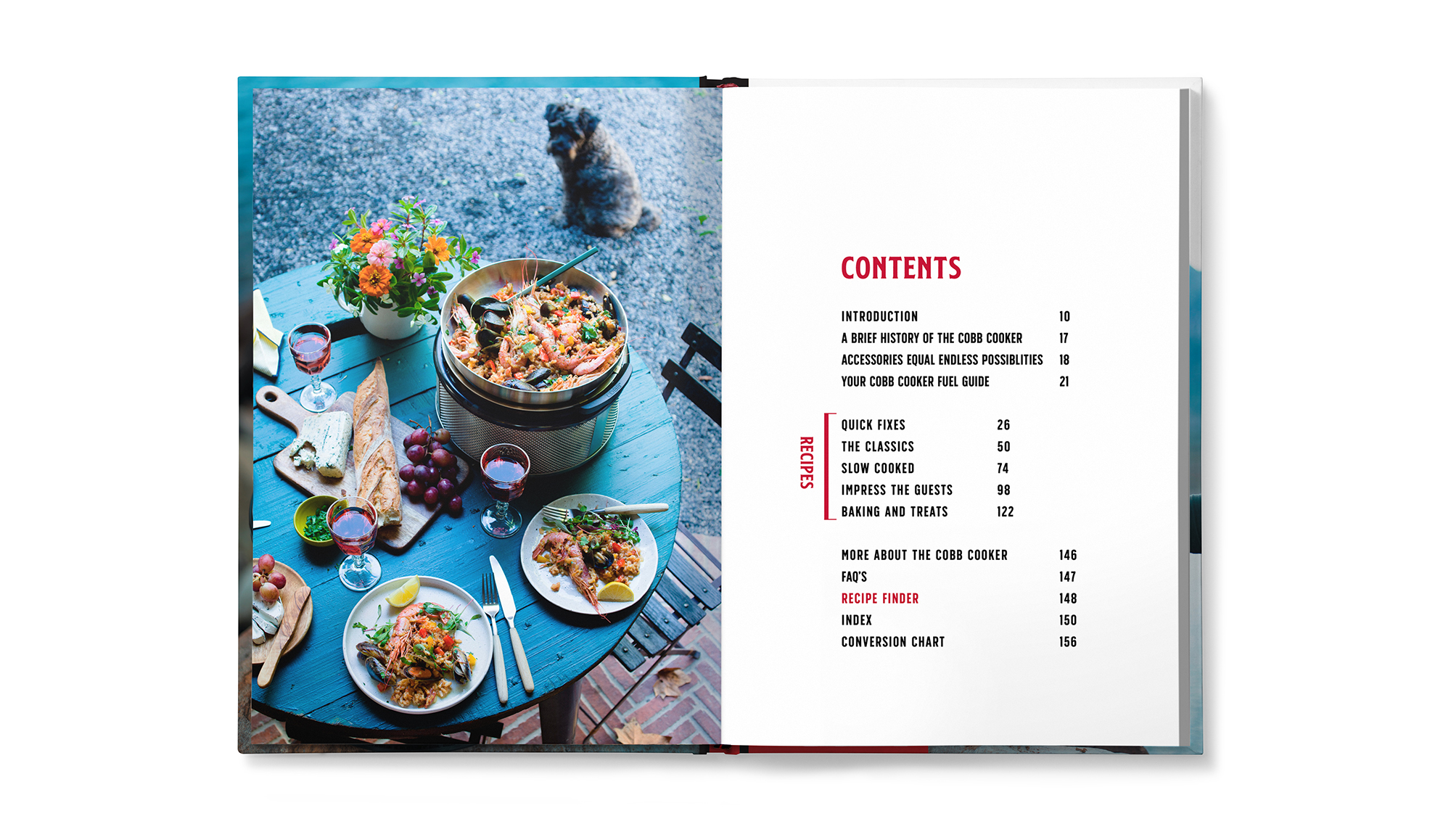 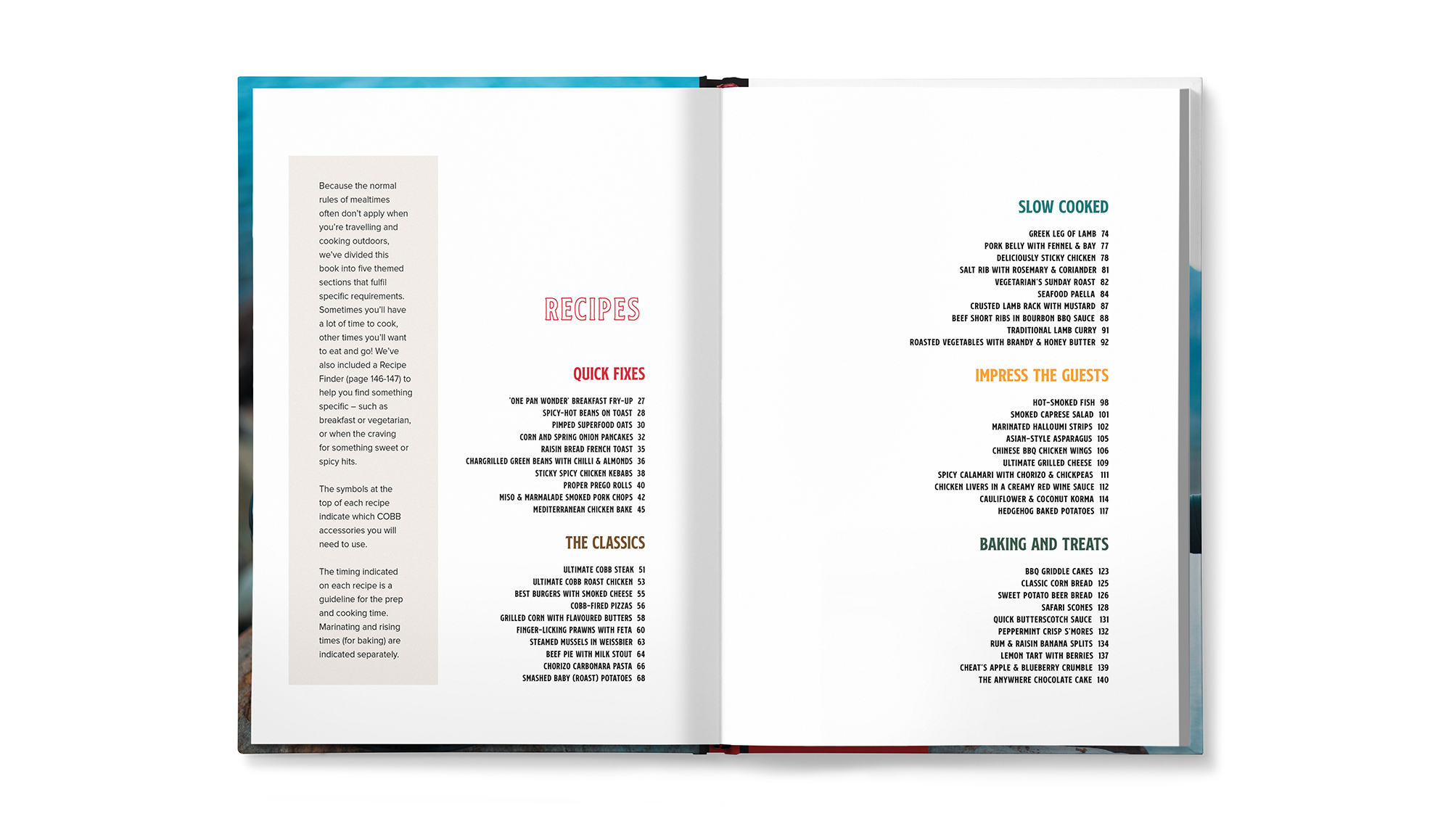 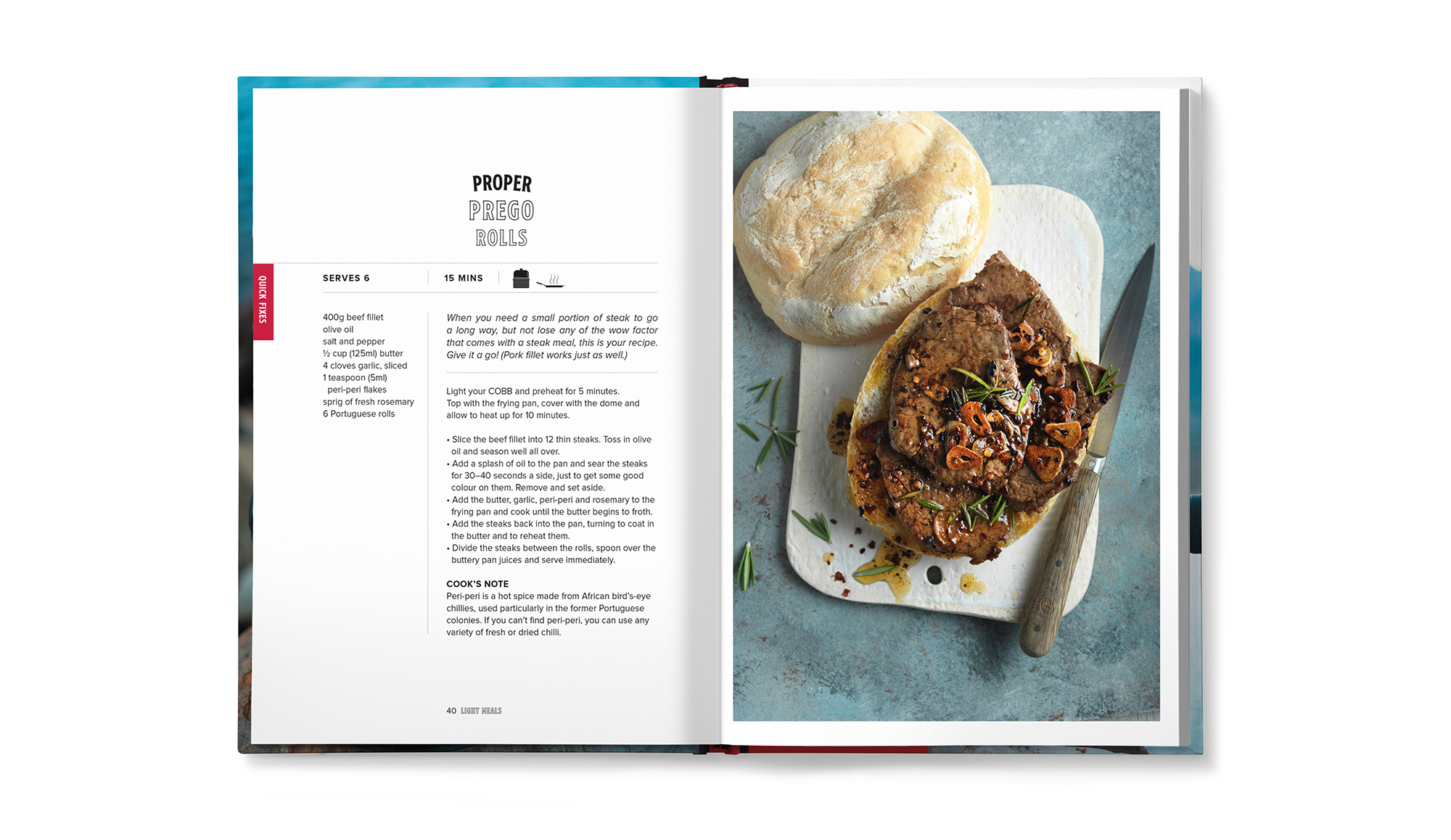 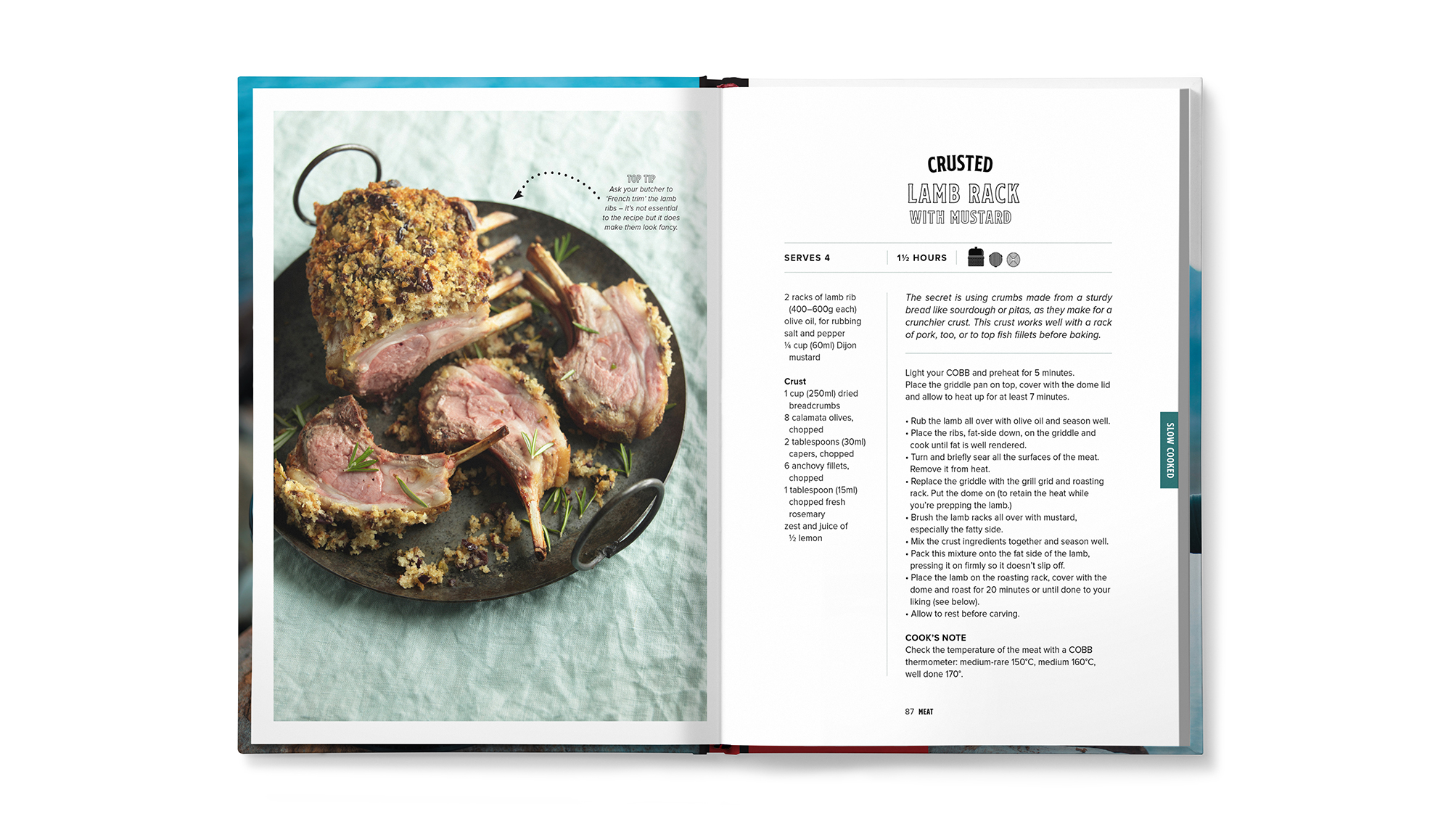 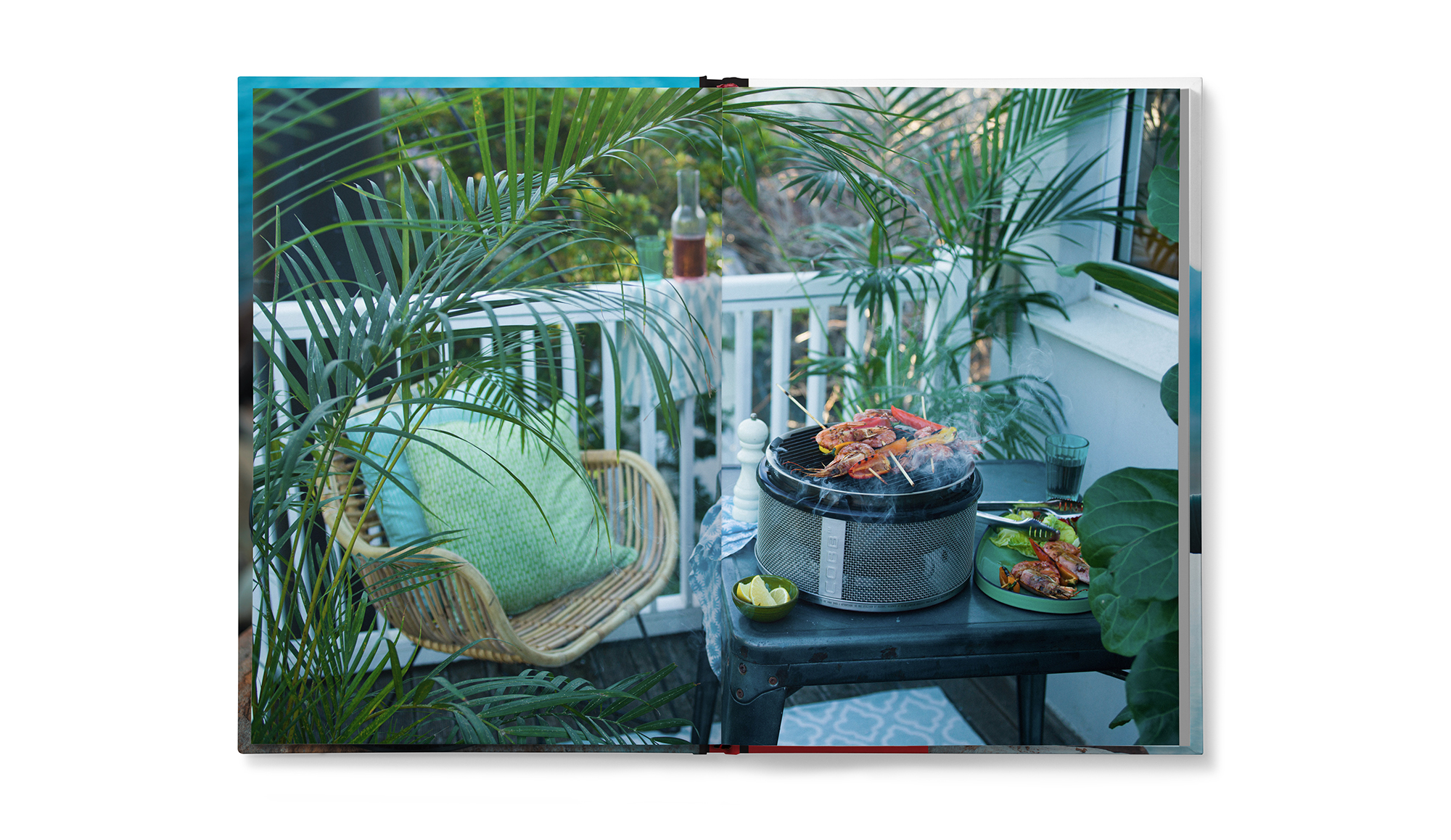 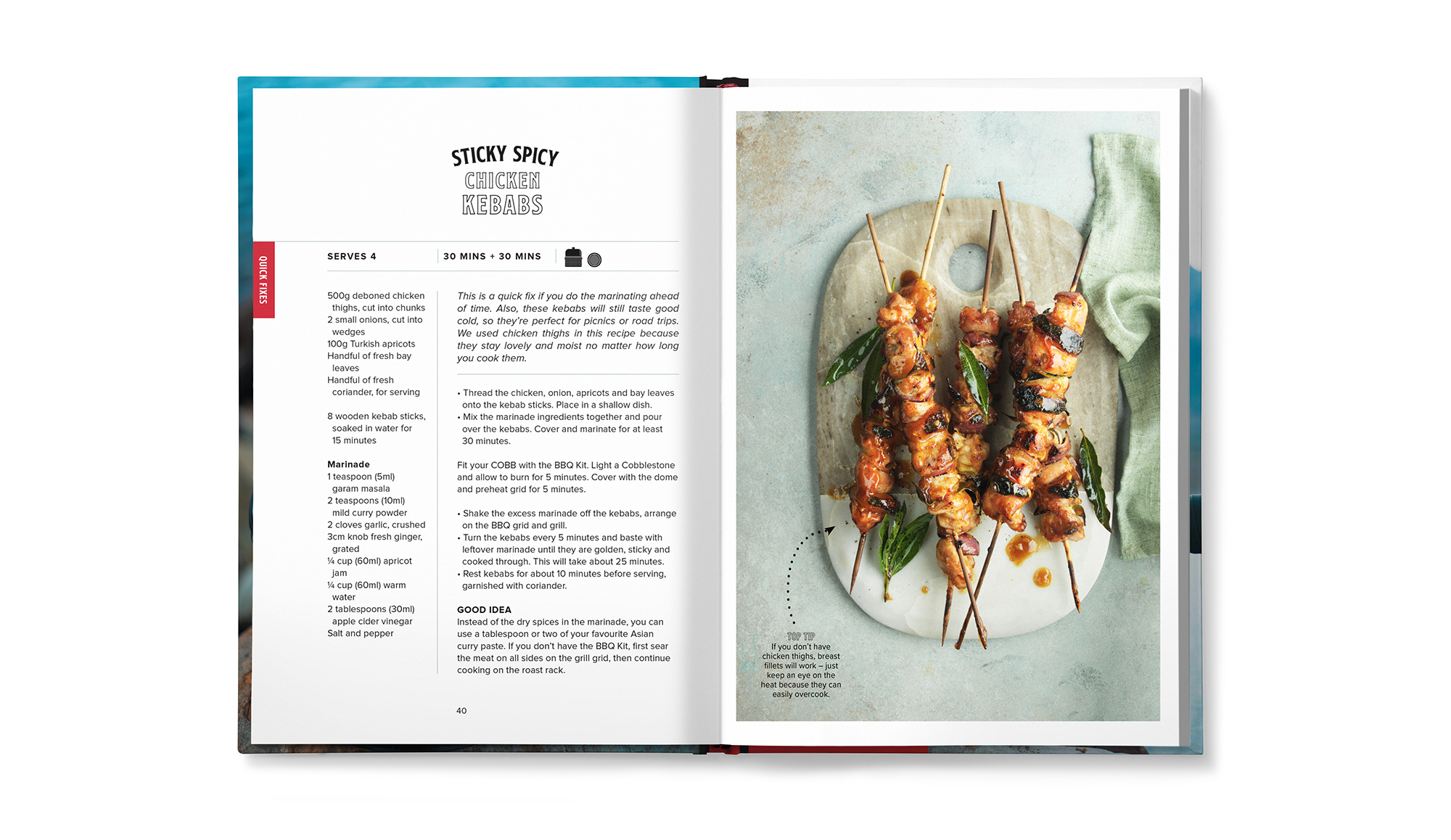 Anywhere But The Kitchen

From backyards and balconies to picnic spots and beaches to safaris and wilderness camping, the versatile COBB Cooker helps you whip up the best alfresco meals you can imagine.

Born in rural Africa, from these humble roots the COBB has become a global superstar. It’s not just a barbecue grill, frying stove or roasting oven. It’s all of these and more, a portable cooking system that liberates you from the kitchen. In this cookbook, you will find 50 recipes inspired by travels around the world to suit any occasion.

Produced by Avroy Shlain, CEO of COBB International and long-time advocator of ANYWHERE BUT THE KITCHEN, in collaboration with South African food editor Anke Roux, who has crafted and curated 50 recipes from around the world to show just how versatile the COBB can be. Use them as a step-by-step guide to producing spectacular dishes without too much fuss, or as a trigger to inspire your own creations.

It will be the start of a lifelong journey. A journey of delicious meals. ANYWHERE BUT THE KITCHEN!

From 21 years in working with major international companies, creating work for over 100 000 people, to flying for The Bateleurs as chairman of the environmental organisation, Avroy Shlain is truly an extraordinary entrepreneur with a zest for life.

His enthusiasm and natural aptitude for entrepreneurship has affected and touched thousands of people across the globe. After retiring in year 2000, Avroy became involved with COBB, a multiple award-winning patented cooking system, which inherently sparked his interest in cooking. Since then, COBB has fans in more than 50 countries around the world, and he believes the versatile system is something everyone should own.

Today, Avroy pursues his interest in cooking with the COBB, continues with his innate zest for life and carries on flying at the age of 82!