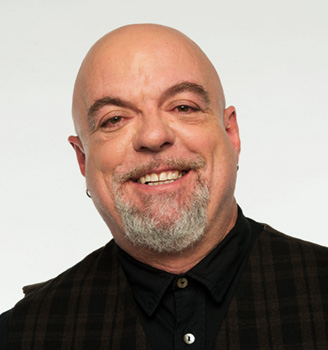 Blog post written by Tudor Caradoc-Davies. “Men and women just like to play games of territory and control. In the kitchen or at the braai, anyone can be Head chef. All it takes is a love of food, common sense … Continued

“Men and women just like to play games of territory and control. In the kitchen or at the braai, anyone can be Head chef. All it takes is a love of food, common sense and a willingness to play.” Pete Goffe-Wood.

Baffled by how in South Africa the braai was deemed a male area while the kitchen was the opposite, Pete Goffe-Wood and his Kitchen Cowboys Workshops set about changing attitudes towards cooking, regardless of how many chromosomes you are packing. Because women generally are more on it than their less attractive halves, the workshops are aimed at getting men into the kitchen and up to speed in no time with some basic skills and a few classic dishes across the spectrum from starters to mains and even desserts (yes, real men make pink dishes).

In his new book A Life Digested, Pete dedicates a chapter to the imagined Battle of the Sexes, debunking the divisions and sharing some of his favourite recipes from his workshops.

One of them is the Eton Mess. Inspired by boarding school desserts he says, “Hostel food it ain’t. It’s simple to prepare but, once assembled, is a truly magnificent dessert that is as much about flavour as texture.” Bring the cream to the boil in a saucepan, with the split vanilla pod in it. Mix the egg yolks and sugar in a bowl. Pour the hot cream into this mixture and whisk until combined. Pour the egg mixture into a small, rectangular stainless steel or ovenproof ceramic dish – it should be of such a size that the egg mixture is about 3cm deep.

Place this dish into a larger dish and fill that dish with hot water to make a bain-marie. The water should come up to halfway on the custard dish. Place the dishes in a low oven (130°C) for 20 minutes or until the custard firms. Remove from the oven and the bain-marie and leave to cool, then place the custard in the fridge overnight. Dissolve the sugar in water. Add half the raspberries and blend in a liquidiser to form a rich sauce.

To assemble the dessert, place a few raspberries in the bottom of a glass with a little dash of sauce. Top this with a big spoon of the baked custard and then crumble a bit of meringue on top. Repeat this process so your glass has a layered trifle effect. Top with a few berries and any remaining sauce.

Whisk the egg whites until they stiffen. Add the vinegar, then the sugar, continuing to whisk. When the meringue mixture is thick and glossy, add the corn flour and vanilla essence. Spread the mixture into a greased baking dish and place in the oven at 140°C for approximately 45 minutes. It’s ready when it’s crusty and white on the outside and chewy inside. For a jam-packed book of meals, moments and magnificent friends as well as recipes inspired by them, get Pete’s A Life Digested from any leading book store.